New Dog-Fighting App Even Outrageous to Michael Vick, but Makers Defend It as 'Satire' 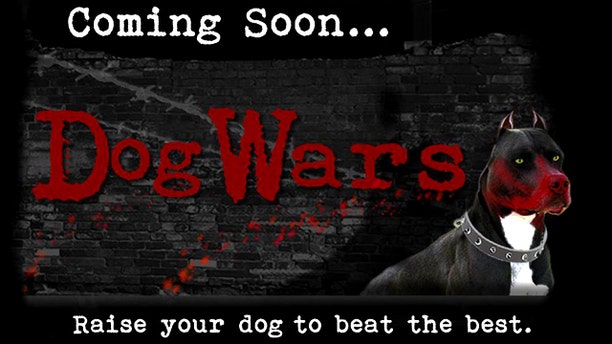 Like illegal dog fighting? There's an app for that -- one the Humane Society of the United States hopes Google will quickly ban. (KageGames.com)

The bloody muzzle and cold, calculating eyes of a pit bull stare out from the website for newly released Google Android app "Dog Wars" -- a game that trains people in dog fighting, a murderous sport connected not just with cruelty to animals but also in some cases to drugs, guns and murder.

"Feed, water, train and fight your virtual dog against other players," trumpets the game, which encourages users to "raise your dog to beat the best!"

The Humane Society of the United States has expressed outrage and called for the game to be dropped, while disgusted animal lovers around the Web quickly turned to the chat forums on Google's own website to voice their disgust.

But the makers of the game call themselves dog lovers and say their intention was satire, not glorification.

"We DO NOT CONDONE violence towards animals or humans, and we are confident in humankind's ability to distinguish between a rudimentary game and the consequences of real life," Kage Games said in a written statement issued Monday evening.

The game developers also said the game would be a "net benefit to dogs," since a portion of the proceeds from the game will be given to animal rescue groups.

"This is a satire about the ridiculousness of dogfighting and we believe in the power of a modern media tool to educate and raise awareness of the real horrors," the statement read.

It remains to be seen whether the developers' pledges of good intentions will be accepted by dog lovers.

"This is horrible -- HORRIBLE. Tasteless, disgusting and outrageous," reads one comment on the message boards.

"You wouldn't develop a game about child abuse or the abuse of the handicapped," notes another. "Fighting dogs spend most of their lives on short, heavy chains, often just out of reach of other dogs and their existence is full of violence, fear and pain."

Even Michael Vick, the football star sent to jail for his involvement in illegal dog fighting, said the game was beyond the pale.

"I’ve come to learn the hard way that dog fighting is a dead-end street," Vick said in a written statement. "I think it’s important to send the smart message to kids, and not glorify this form of animal cruelty -- even in an Android app.”

"It's a virtual training camp for dog fighters," Wayne Pacelle, president and CEO of The Humane Society of the United States, told FoxNews.com.

"'Dog Wars' actually instructs players on how to condition a dog using methods that are true to organized dog fighting," he added, "encouraging cruelty to dogs and leading young people down a dead-end path."

In "Dog Wars," the gamer selects a player and a dog and then sets off to earn street cred while dodging police heat. One of the characters in the game is labeled "The Athlete" -- and with his red football jersey and helmet, he is clearly intended to represent Vick. (The real Vick noted in his statement that he now is "on the right side of this issue.")

"The Humane Society of the United States urges Android to drop 'Dog Wars' from its applications and to join the national movement to save dogs from this violent pastime," Pacelle said.

The game developers did not immediately respond to FoxNews.com's requests for information. But following backlash from the developer community and users, Kage Games spoke out by way of a lengthy disclaimer it added to the game in the Android app store.

"Just because something is illegal in real life in certain countries does not mean it is illegal to make a song, movie or video game about it," the disclaimer reads. "Just go slingshot some virtual birds to kill some virtual pigs," it states, referring to the popular "Angry Birds" cartoon app.

Kage Games argues that its game does not violate Google Android Market terms of service, which does not explicitly forbid such apps. Representatives for Google did not respond to FoxNews.com's inquiry.

"Further, this is a satire about the ridiculousness of dogfighting and we believe in the power of a modern media tool to educate and raise awareness of the real horrors.