It’s OK, lefties, the Apple Watch is for you, too 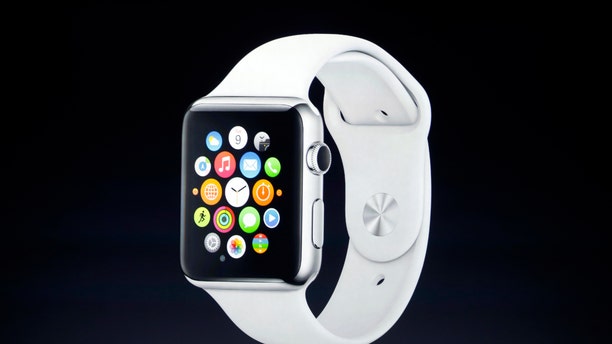 An Apple Watch is seen during an Apple event at the Flint Center in Cupertino, California, September 9, 2014. (REUTERS/Stephen Lam)

If you’re a left-handed Apple admirer who’s been waiting and waiting (and waiting) for the launch of Apple’s iWatch smartwatch, you may have felt the hair stand up on the back of your neck yesterday when you realized the importance of the device’s so-called Digital Crown (DC), which lets users zoom, scroll and select content without obscuring the display.

But fear not, lefties of the world (who want an Apple Watch), Jony Ive and his team of considerate design boffins thought about that….

With most lefties wearing a watch on their right wrist (it’s easier to do up the sometimes-fiddly strap with your ‘clever’ hand, y’see), it looked as if operating the DC would require a maneuver that could be described as at best cumbersome and at worst fracture inducing.

However, although no mention was made of it during Tuesday’s keynote, Apple has designed its wearable gadget so that owners can choose the orientation of the watch-face when they set it up, allowing left-handers to keep the DC hand-side when they wear it on their right wrist. The watch’s bands, too, can be switched to allow them to fit in the regular way.

The only difference will be the position of the DC, which will appear below the side button, and also lower down the watch than if it was on the left hand. But if lefties the world over are able to cope with the iPhone’s buttons being in the ‘wrong’ place, then this little imperfection will no doubt also be confronted with a cool head.

Of course, it would’ve been foolish of Apple to exclude 10 percent of the population from owning its latest gadget (sure, they could put it on their left hand, but it just wouldn’t feel right), so it comes as little surprise that the company has included a simple workaround procedure in the device’s set-up.

The Apple Watch was unveiled on Tuesday in two sizes and is set to go on sale in early 2015 starting at $349.

DT was at the media event in Cupertino and had a chance to take a closer look at Apple’s long-awaited smartwatch. Read all about our experience here.