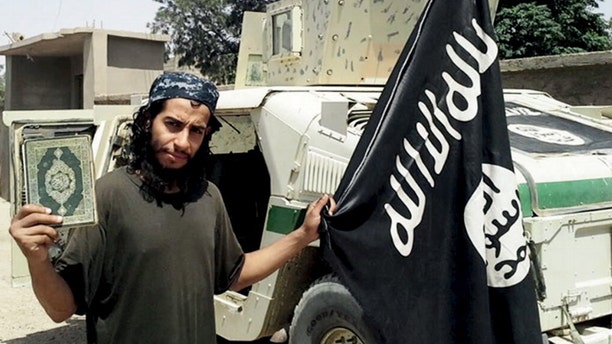 An undated photograph of a man described as Abdelhamid Abaaoud that was published in the Islamic State's online magazine Dabiq and posted on a social media website. A Belgian national in Syria and was believed to be one of Islamic State's most active operators is suspected of being behind attacks in Paris (REUTERS)

A terror plot used eBay and PayPal to funnel money to ISIS operatives inside the US, a report said Thursday.

An American-born ISIS operative in his 30s was arrested last year in Maryland when investigators uncovered the eBay terror scheme, according to The Wall Street Journal.

The suspect pledged allegiance to ISIS and used eBay to pretend to sell computer printers but instead received funds from overseas through PayPal, the Journal said.

A recently unsealed affidavit said that the suspect was part of a global network and was told to use the money for “operational purposes,” meaning a possible terror attack.

A statement from eBay said the company has “zero tolerance for criminal activity” on their site.

eBay also said that they “worked with law enforcement to bring this individual to justice.”