iPhone 6 in India takes a turn for the worse, decides to explode on the road 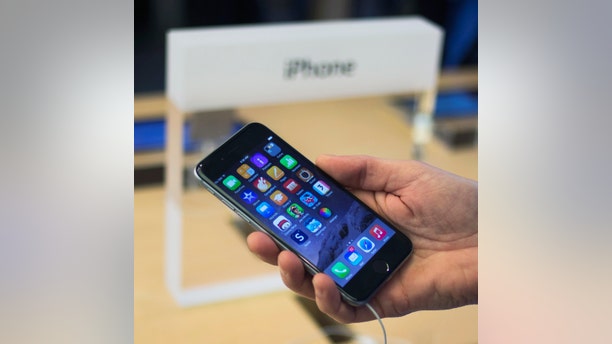 File photo - A customer holds an iPhone 6 on display at the Fifth Avenue Apple store on the first day of sales in Manhattan, New York Sept. 19, 2014. (REUTERS/Adrees Latif)

According to Yadav, he bought his 64GB silver iPhone 6 from a well-known mobile phone store for around $944. Two days after he bought Apple's latest and greatest, he was in his car, talking to a friend using the phone's hands-free mode, when he noticed sparks coming from the iPhone 6. He realized the phone became very hot, and when he threw it out of his car, it exploded as soon as it made contact with the ground.

Related: This man’s iPhone 5C literally blew up on Valentine’s Day and put him in the hospital

"My face could have got burn [sic] as the phone exploded in a matter of seconds," said Yadav. "When I threw the phone, the call was on and the battery was around 70 percent."

Yadav returned to the local store where he bought the iPhone 6 from, which told him he needed to contact Apple directly. In the meantime, the store would hold onto the phone and would get back to Yadav with an update. It's unknown whether Yadav received a replacement unit, though he did file a police report.

According to The Times of India, this is the first such case since the iPhone 6's October 2014 launch in India where the phone exploded for no apparent reason. By that same token, however, it's not completely unheard of. A man from Long Island had to be hospitalized for 10 days because his iPhone 5C gave him third-degree burns while sitting in his front left leg pocket.

It isn't known whether Yadav was using a faulty charger, let alone any charger at all, when he was making his hands-free phone call. If he did use a faulty charger, however, it wouldn't be the first time someone suffered the consequences from doing so. Last April, a Minnesota man stayed at a local hospital for over a week due to his faulty iPhone wall charger exploding when he plugged in his iPhone 5.