Huawei employees punished for tweeting from an iPhone 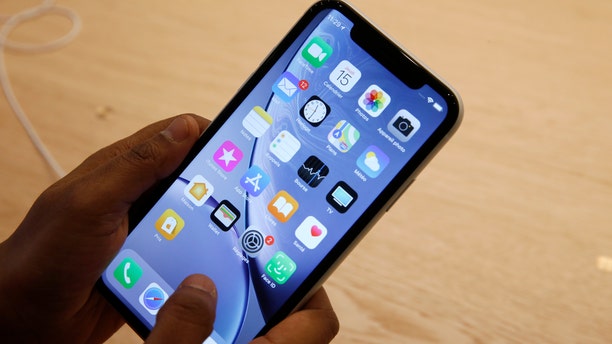 File photo - An employee holds an iPhone Apple XR during the press visit of the new Apple Store Champs-Elysees on Nov. 15, 2018 in Paris, France. (Photo by Chesnot/Getty Images)

When you work for the digital marketing team of a smartphone manufacturer, the last thing you should be doing is using a rival's hardware to post messages on behalf of the company. But that's exactly what happened at Huawei on New Year's Eve. The story's a little more complicated than that, though.

As The South China Morning Post reports, at 11:31pm on Dec. 31, the official Huawei Twitter account tweeted "Happy 2019." However, the tweet also included the tag "Twitter for iPhone" which confirmed an iPhone had been used to write the tweet. Huawei's management were understandably angry at this misstep by the company's digital marketing team and quickly deleted the tweet, replacing it with a new, iPhone-less message.

As with all things on the internet, the gaff did not go unnoticed and the iPhone tweet was shared widely on social media. Action was also taken against two employees who were deemed responsible for the tweet. They both had their salaries cut by just over $700 a month and were demoted "one level" within Huawei's management structure.

Huawei's marketing team choosing to use an iPhone to tweet seems like an obvious thing not to do, but the circumstances surrounding why this happened suggest Huawei's response is a little harsh.

Huawei is a Chinese company and Twitter is banned in China. Therefore, in order to tweet the company needs to use a VPN, which is typically setup on a computer for the marketing team to use. However, on Dec. 31 something went wrong and the VPN connection wasn't working. The only other way to tweet is using a smartphone with a SIM sourced from a Hong Kong carrier as Twitter isn't banned in Hong Kong. So in order to tweet out the message in time, an iPhone fitted with such a SIM was found and used.

The incident has been classified by Huawei as a failure of management, supervision, and irresponsible employees. To me it sounds as though the marketing employees were under pressure to ensure the message went out and overlooked the fact the tweet would be tagged as being sent from an iPhone. Although, I'm surprised they didn't have an unlocked Mate 20 Pro or a P20 lying around the SIM could have been inserted into.