High-tech, $20,000 TrackingPoint ‘smart rifle’ turns anyone into a sniper 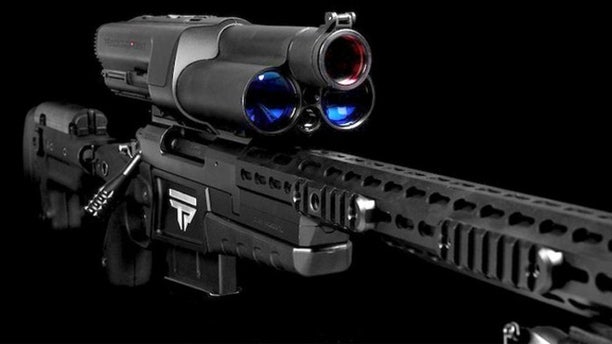 Hitting a target at 1,000 yards is a skill only possessed by a few elite snipers. But all that is about to change, thanks to a high-tech bullet guidance system created by Texas gun manufacturer TrackingPoint. For better or worse, almost anyone with $20,000 to burn can soon have the skills of a special forces assassin.

At the heart of TrackingPoint’s sophisticated firearms, dubbed the XactSystem, is the company’s “networked tracking scope,” which sports a color heads up display, and instantly monitors a wide variety of factors, including wind speed and direction, target distance, gravity, the rotation of the earth, and more, to calculate when and how to accurately fire the ammunition. TrackingPoint’s so-called smart rifles, which range from $22,500 to $27,500, even pack built-in Wi-Fi, which allows shooters to transmit live video of their shots to an iPad, then upload them to YouTube or social networks.

“They like to post videos; they like to be in constant communication with groups or networks,” TrackingPoint President Jason Schauble told NPR. “This kind of technology, in addition to making shooting more fun for them, also allows shooting to be something that they can share with others.”

Of course, TrackingPoint’s high-tech firearms are not without controversy. Some hunters say the guns, which allow even novice shooters to “tag” targets and accurately hit them at great distances, are unfair to those who spent years honing their shooting skills, and to the wild game that stands next to zero chance of escaping ballistic-guided high-caliber ammunition fired at their hides. Other critics believe the company’s technology increases the likelihood of irresponsible gun ownership, and the possibility that gun deaths – which total an average of about 30,000 per year, in the U.S. – will increase.

“I have nothing but disdain for the TrackingPoint, which exemplifies everything I hate about a gun culture that is quick to put firearms in the hands of people who neither respect nor know how to use them, and that treats proficiency as a product to be purchased instead of a skill to be earned,” writes Slate’s Justin Peters.

TrackingPoint’s range of firearms $20,000+ officially went on sale last month. Interested customers must apply with TrackingPoint before being able to purchase one of the company’s weapon systems, a quick process that requires potential buyers to identify their “primary shooting preference,” and hand over their contact information. According to TrackingPoint’s website, the company is already nearly sold out. The company also reportedly has plans to release 1,000 lower-end models, created by Remington, that will cost around $5,000, though a release date for those weapons has not yet been announced.