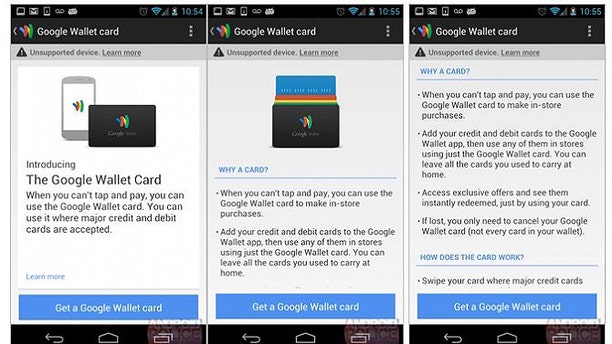 Google will update its Wallet product at its I/O developer conference next week, but will not include the physical credit card that the company had considered launching at the event, according to sources.

Sources said the scuttling — for now — of an extended effort to roll out such a card was announced in a recent memo that also included the news that Google Wallet head Osama Bedier was leaving the company.

Those who have seen it said the Google card had a black face adorned with the whimsical rainbow “W” of the Google Wallet logo, a standard magnetic stripe, and the usual raised numbers of a credit card embossed on it.

The card was part of Google’s larger strategic goal to know more about consumer purchases, given the immense potential value of that mostly offline-level data for its massive online advertising business.

Google is already sucking in that purchase data on many fronts — between Google Play payments, Google Checkout on the Web and also advertiser payments — in addition to the dedicated Google Wallet project.

But Wallet has been hampered by its focus on and use of NFC technology, which requires certain phones and special readers to make transactions. Google tried to make that easier by introducing a “cloud wallet” last year that accommodated existing credit and debit cards, but it could still go further toward mobile payments at the register without using NFC.