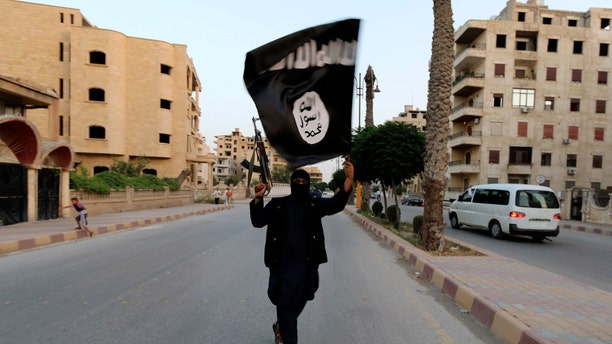 In a ruling that has human rights groups upset, a French man was sentenced to 2 years in prison for repeatedly visiting pro-ISIS websites -- even though there no indication that he was planning to stage any type of terrorist attack. The unidentified 32-year-old was convicted in a court in Ardche Nov. 29 under a controversial new law. According to The Verge, police discovered the man's browsing history after raiding his house. They found pro-ISIS imagery and execution videos on his phone, PC, and a USB device. His PC sported an ISIS flag as its wallpaper, and the computer password was "13novembrehaha," a rather pointed reference to the date terrorists killed 130 people in Paris. Police said he had been visiting jihadist websites for 2 years.

Officials came across this man while checking out someone else in the same region, and they're allowed to conduct warrentless searches and surveillance under French state of emergency laws.

The man defended his surfing habits in court, saying he visited the sites out of curiosity. On FranceBleu, he said "I wanted to tell the difference between real Islam and the false Islam, now I understand." The Verge also adds that the man's behavior had recently changed, as he became irritated when discussing religion, and had taken to wearing harem pants and a long beard. In prison since Nov. 25, he will also have to pay a 30,000 fine. (A bit over $31,000 USD.) Prior to this, he wasn't on the radar of any security agency, and only had some petty crimes in his background.

Patrick Baudouin is the honorary president of the International Federation for Human Rights (FIDH). He termed the sentence as "excessive," and said judicial standards in France have been relaxed as a result of the emphasis on security. "The consultation of a site does not define a person as a terrorist," he stated.

The conviction is part of a new law that makes the "habitual" viewing of terrorist-themed websites a crime. You get a pass if you're visiting those websites "in good faith," for "research, to inform the public, or for judicial purposes."

France has been locking down certain sections of its internet in order to stem the tide of online radicalization. The country passed a law after the 2015 Charlie Hebdo attacks that lets the government block sites that promote terrorism, and it doesn't need a court order to do so. Intelligence services were also given broad surveillance powers under a law that some call a "French Patriot Act."

The Constitutional Council is the highest court in the land, and it will consider whether the new website law is constitutional within the next 3 months, according to Reuters. Le Parisien says 13 cases have been brought under the law since mid-October. France has also taken an online offensive, known as #toujourslechoix ("always the choice"). Its purpose is to deter young people -- the most impressionable -- from joining terrorist causes.