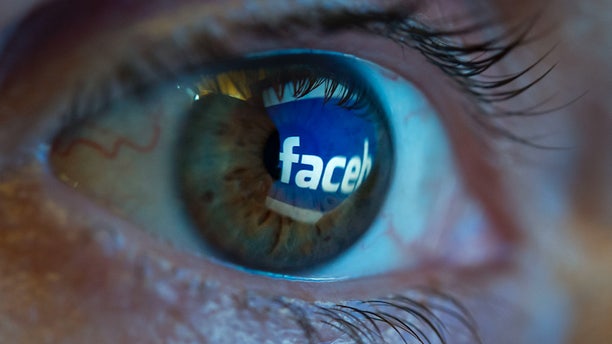 Facebook helped tip off authorities about the sharing of sexually explicit images of minors on its chat platform, Messenger. (Reuters)

Facebook’s ad-targeting demographics are once again facing criticism — this time, for discrimination based on age. ProPublica and The New York Times released a report on Wednesday, December 20, revealing a number of employment ads on Facebook that were targeted toward specific age groups, often excluding older generations.

While in previous reports of ad-based discrimination, Facebook immediately took action, the social media platform is standing its ground on this one. “Simply showing certain job ads to different age groups on services like Facebook or Google may not in itself be discriminatory — just as it can be OK to run employment ads in magazines and on TV shows targeted at younger or older people,” Rob Goldman, Facebook’s vice president of ads, said in a statement. “What matters is that marketing is broadly based and inclusive, not simply focused on a particular age group.”

The report detailed a number of ads targeted toward specific age groups, some with wide age ranges and others with smaller ranges, including a United Parcel Service ad for ages 18 to 24, State Farm for ages 19 to 35, a Verizon ad for users age 25 to 36, and even age-targeted ads for jobs at Facebook. Facebook’s transparency tools that allow users to see why they were targeted for a specific ad are one of the methods the groups used to uncover the age-based targeting.

The report says Facebook wasn’t the only platform targeting employment ads based on age either. ProPublica bought ads with a targeted age range on both Google and LinkedIn. Since that ad, LinkedIn updated its advertising program so employers can not choose a specific age range to show the ad to.

Facebook argues that the age tool allows employers to recruit all ages, including advertising to retirees or limiting views in fields that have legitimate age requirements — such as airline pilots. Before placing an employment ad, Facebook says, advertisers are educated on the legal requirements and are required to state that they are complying with the law. “Used responsibly, age-based targeting for employment purposes is an accepted industry practice and for good reason: it helps employers recruit and people of all ages find work,” Goldman said.

The same day the report was released, the Communications Workers of America filed a lawsuit against Facebook claiming age discrimination for job ads. The lawsuit also includes the employers who took out those ads, numbering in the hundreds, including Amazon and T-Mobile. “In decades as a civil rights lawyer, I have never seen job ads like these that expressly target young workers and exclude older workers. The law requires equal opportunity in advertising, recruiting, and hiring,” David Lopez of Outten & Golden said in a press release.

Current laws, including the Age Discrimination In Employment Act, prohibit age discrimination for employment for those over 40 in the actual hiring process, but Facebook seems to be suggesting that age-based targeting for ads isn’t the same as refusing to hire someone because of their age. According to court documents, Facebook says that another law, the Communications Decency Act, makes the platform immune, with the responsibility falling on the employer that took out the ad, not where the ad ran.

Facebook’s targeted advertising tools are a big part of the social network’s advertising, allowing businesses to choose who they advertise to. In many cases, ad targeting can be a good thing — targeted advertising is what makes sure men don’t see tampon ads, pre-teens don’t see ads for X-rated movies, and the like. But ads for employment and housing fall under different laws. An earlier ProPublic report found that when users manually typed derogatory answers in the demographics fields, ads could be targeted toward “Jew-haters,” an overlooked error that Facebook immediately apologized for and removed from the system. The company was also sued last year for alleged discrimination in housing and employment ads by allowing ads targeted toward ethnicity. Earlier in 2017, Facebook strengthened its advertising guidelines against discrimination and began testing an artificial intelligence program to help spot controversial ads.