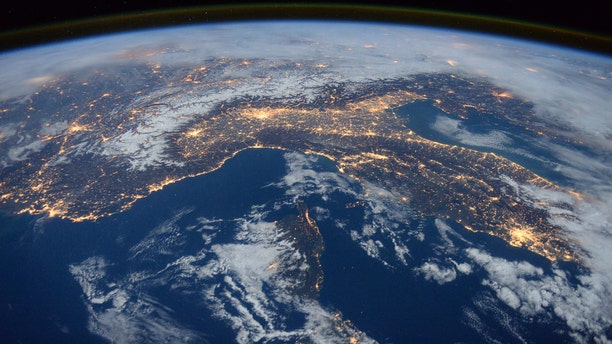 File photo: A photo taken by Expedition 46 flight engineer Tim Peake of the European Space Agency (ESA) aboard the International Space Station shows Italy, the Alps, and the Mediterranean on January, 25, 2016. (REUTERS/NASA/Tim Peake)

Last month, while setting a record for the most spacewalks by a women, astronaut Peggy Whitson lost her debris shield. Although initially concerned, NASA soon determined that the blanket had floated far enough away from the International Space Station to not pose any immediate danger. Instead, it went on to join the very debris it was intended to protect against.

In the grand scheme of things, Whitson's shield is insignificant, but it ironically showcases the growing mass of space debris orbiting our planet.

In under 25 years, the amount of junk big enough to destroy a spacecraft has more than doubled, the Agence France-Presse reports from the seventh European Conference on Space Debris in Germany this week.

"We are very much concerned," said Rolf Densing, who heads operations at the European Space Agency (ESA).

The big concern is that accumulating space debris may lead to something called the Kessler syndrome, a chain reaction of collisions that exponentially increases the amount of junk. A collision between two satellites may make thousands of smaller objects. Those thousands of objects could collide into millions more objects, and so on. The end result is an impenetrable cloud of debris that would make space travel treacherous.

But this isn't science fiction. The amount of space debris is already in the hundreds of millions, according to experts.

"For objects larger than one millimeter (0.04 inch), 150 million is our model estimate for that," he added. "The growth in the number of fragments has deviated from the linear trend in the past and has entered into the more feared exponential trend."

Krag told the conference that ESA receive a collision alert on its ten satellites about every week, and each has to shift position to avoid collision about once or twice a year.

Over the past few years, organizations like ESA and the Japanese Aerospace Exploration Agency (JAXA) have been researching methods to clean up space debris, including corralling the debris with massive nets and attracting junk with magnets. Unfortunately, JAXA failed in its attempt earlier this year.

The scientists will spend the next few days discussing the problem and reviewing tentative solutions.