The pileup of electronic waste will only accelerate with consumers buying more and more devices.

A whopping 52 percent of 16- to 24-year-olds in the U.K. have 10 or more gadgets in their home, according to a survey by the Royal Society of Chemistry.

That’s a problem when 82 percent of those households have no plans to recycle or sell their devices after they stop using them, the society noted. 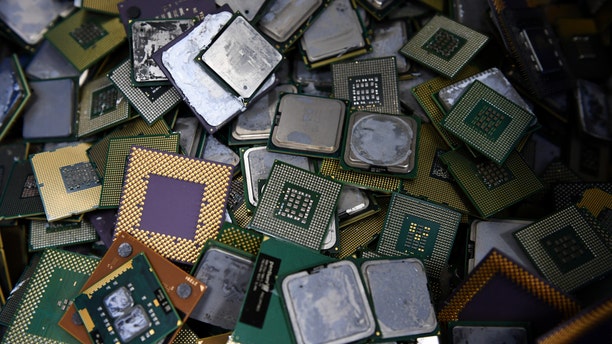 Other key results from the survey:

Each year, approximately 50 million tons of electronic and electrical waste (e-waste) is produced, “equivalent in weight to all commercial aircraft ever built,” according to a report from World Economic Forum (WEF) — yet only 20 percent is recycled. At that rate, the amount of waste will more than double by 2050, to 120 million tons annually.

Besides the raw waste, mobile devices contain “conflict elements” like gold, toxic elements such as arsenic and rare elements like indium, the Royal Society of Chemistry said. “Natural sources of six of the elements found in mobile phones are set to run out within the next 100 years,” it added.

But e-waste is an opportunity, according to the WEF, which values the “waste” material at $62.5 billion, more than three times the annual output of the world’s silver mines and more than the gross domestic product of most countries.

“There is 100 times more gold in a ton of mobile phones than in a ton of gold ore,” the WEF said.

And harvesting the material from used electronics produces substantially less carbon-dioxide emissions than mining the Earth’s crust, the organization said.

That means there is an economic opportunity to build a more circular electronics system.  “One in which resources are not extracted, used and wasted," the WEF said. "But valued and reused in ways that create decent, sustainable jobs. In short, we need a new vision for electronics.”