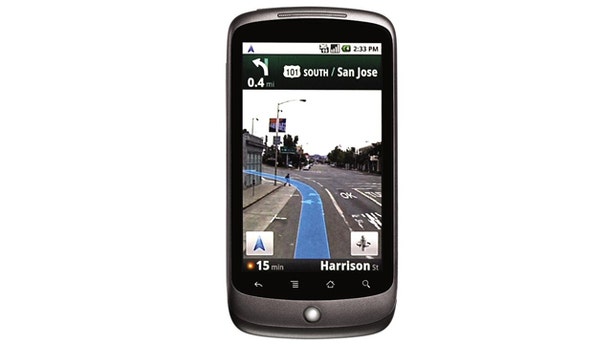 Google's Nexus One is the first mobile phone ever sold directly by the search giant. (Google)

BARCELONA  -- Google sees Apple as a valuable partner and sees no reason for that to change, a senior executive said amid rumors that Microsoft's Bing search engine may replace Google on the iPhone.

"Apple is a very close and valuable partner and we're very excited about the relationship we have with them today. We have no reason to believe that's going to change," Vic Gundotra, who leads Google's mobile engineering, told journalists on Monday.

"We don't want to comment on those rumors," he said when pressed on the issue of the iPhone at a roundtable at industry trade fair Mobile World Congress in Barcelona. "We think that relationship is stable."

Asked about the Nexus Two, a second Google-branded phone aimed at enterprise customers that the company is expected to bring out, he said no decisions had been made yet about how many Google phones there would be or who would manufacture them.

Taiwanese smartphone maker HTC made the co-branded Nexus One unveiled last month, the first time Google has lent its brand to a consumer hardware product.

"We just haven't made those decisions yet," Gundotra said when asked whether HTC would also make the Nexus Two. "We decided to take the flagship phones, the best phones that were available, and those would have Google branding.