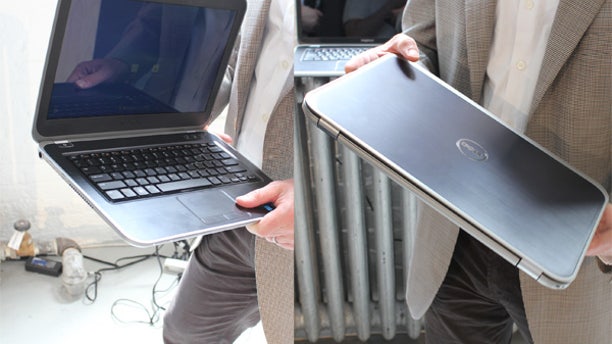 An affordable ultraportable is coming to a student near you -- at least according to Dell. The just-announced 2012 Dell Inspiron 13z ($599 starting price) is only 13.1 x 9.1 x 0.8 inches and weighs just 3.8 pounds, but manages to cram in plenty of powerful hardware into its small frame. The notebook comes standard with a 2nd-Generation Intel Core i3 processor, with the option to upgrade to a 3rd-Generation Ivy Bridge Core i5 or Core i7 CPU. What's more, the Inspiron 13z  (with a Core i3 configuration) should last as much as 7 and a half hours on a charge.

The slightly larger 2012 14-inch Inspiron 14z ($699 starting price) weights just a bit more at 4.1 pounds. Like the 13z, the Inspiron 14z features a 2nd-Generation Core i3 processor standard, and can be upgraded to a 3rd-Generation Core i5 or Core i7 CPU. According to Dell, the 14z should boast 7.5 hours of battery life as well.

Both the Inspiron 13z and 14z feature Bluetooth 4.0 support as well as optional 3G/4G connectivity. The notebooks also sport Intel Wireless Display support for wireless streaming of 1080p video and 5.1 surround sound as well as HDMI 1.4a output. Like the larger 2012 Inspiron R Series, the 13z uses a SWITCH lid feature, making it easy to change the color of its lids (just in case pink isn't your color). The 14z boasts an aluminum finish in Moon Silver or optional Fire Red. 3 USB 3.0 ports round out the laptops' impressive list of features.

The 13z will launch on June 19. Check out our hands-on pictures with the Inspiron 13z and 14z.