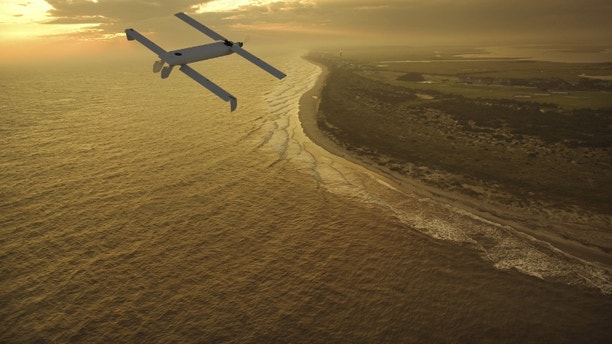 This new drone launches from a canister to help fight terrorism.

Vector Hawk, made by Lockheed Martin, will deploy to support U.S. maritime forces and can reconfigure to take on different missions.

Related: History of camouflage in pictures

In 1999, the Assistant Secretary of Defense for Special Operations/Low-Intensity Conflict established CTTSO. The Office identifies innovative technology that will help combat terrorism and develops it to support US military operations.

Vector Hawk is compact enough that it can fit into a backpack and be carried by a warfighter. It weighs a mere four pounds and is four inches high. Its system is designed to be waterproof, making it a great choice for maritime forces.

Super quiet, it is inaudible at operational slant ranges (the straight-line distance between the operator and the drone). This makes it a great choice when you need a drone that will not be detected.

In addition to launching via canister, this little drone can also be launched by hand.

Smart and autonomous, Vector Hawk can fly and land by itself. If the operator or ground station loses contact with the drone, the UAV’s fail-safes kick in and ensure that it returns home or lands itself safely.

Vector Hawk can reconfigure to match specific missions. There are four key variants.

For missions that require a lot of endurance, the fixed-wing version can be deployed.

Lockheed Martin is currently working on a re-configurable version of the collapsible wing Vector Hawk.  The collapsible fixed-wing aircraft can be launched from a tube or by hand.

The third version features vertical takeoff and landing. There is also a tilt-rotor version that gives it Vector Hawk VTOL and then transitions into forward flight. Both of these versions can be launched from land or water surfaces.