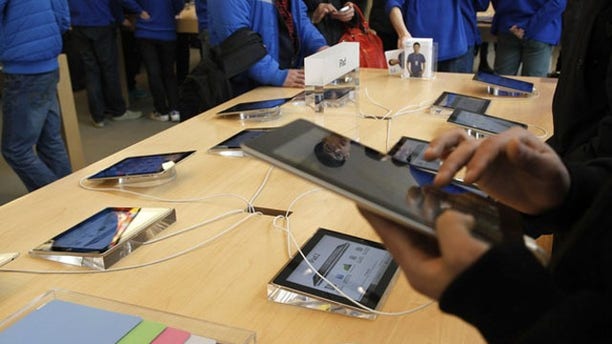 Apple announced a new iPad Wednesday, in the wake of gigabytes of giddy speculation about what CEO Tim Cook would reveal. Even more notable, the new gadget news inspired tens of thousands of current iPad owners to shake the online trade-in and sales sites to see what they can get for their suddenly antique tablets.

There weren't any tectonic technology shifts introduced by the new iPad 3 (or iPad HD or iPad 2S or whatever it's called). The new model has a sharper, high-definition display and 4G wireless speeds (LTE, for the acronym aware). The new iPad also sports better cameras.

Personally, I would have liked to see Apple lower the weight of its tablet to save my wrist from iPad strain. (I'd also like to have seen the debut of Apple's HDTV, which the firm has been touting to cable companies, which sadly didn't happen.)

Assuming that Apple's new iPad has enough snazzy features to engender tablet envy, what should you do with your old iPad? While even the first-generation iPads are still wonderfully useful (they're only two years old, after all), some may want to sell their existing devices to justify the price of a shiny new model. There are several options.

EBay, which has been watching the iPad re-selling trend, noted that since iPad HD rumors began near the end of last month, new listings of iPad 2's for sale have surged nearly 70 percent. And a lot of other people are at least thinking about upgrading. More than 125,000 people have clicked through eBay's Instant Sale option to see what their aging tablets are worth. Nearly 98 percent of those thinking of upgrading were existing iPad owners.

The Instant Sale service allows people to sell their devices directly to eBay and its partners without having to go through the arduous, nail-biting auction process. The cost of convenience is a lower price. An iPad 2 with Wi-Fi and 16GB is going for about $396 on the auction site while instant sales are valued at about $275 -- not a bad price for something that originally sold for $499.

Of course, eBay isn't your the option. Some retailers, such as Best Buy, have trade-in offers for which sellers receive gift cards. However, the prices are considerably lower. For an iPad with Wi-Fi and 32 GB of memory, which currently lists for $599, Best Buy will give customers a $245 gift card, which has to be redeemed at the store.

One of the most intriguing -- and simplest -- options for sellers is Glyde.com, which is run by ex-eBay employees. At Glyde it takes just a few clicks to list an iPad (or video game) for sale. The site has photos and descriptions of products, so you don't have to do any promoting. When a buyer agrees to the price, Glyde sends the seller a pre-addressed package through the mail so that all the seller has to do is drop the device in the box, and then drop the package off at the post office.

To determine suggested prices, Glyde scours other sale and auction sites to calculate the going market rate. The company's CEO, Drew Lieberman, says that most sales of items listed at the suggested price sell within four days. At the moment, iPad 2 prices for sellers are better at Glyde, going for about $375 for a 32 GB Wi-Fi model.

Of course, all that could change with the new product.

Most outlets expect to see a 10 percent drop in resale value once the new iPad debuts. But prices could quickly rebound, depending how easy it is to procure a new model -- and how consumers respond. Apple's iPhone 4S, for example, disappointed some who were hoping for an iPhone 5. So when the 4S was finally introduced, postings of the previous iPhone models for sale on eBay increased just 33 percent compared to a 118 percent jump in the number of iPads offered online after the iPad 2 announcement.

If you don't already have an iPad but are thinking of finally taking the plunge, can you get a deal on a new one? Not likely. Even if there are plenty of devices in stores, analysts expect Apple's prices to hold steady. The earliest discounts of around 10 percent, according to Dealnews.com, aren't likely to appear for at least 6 months.

By that time, there will probably be some other new glittering gadget you absolutely must have.