Apple CEO says China will overtake US as biggest market 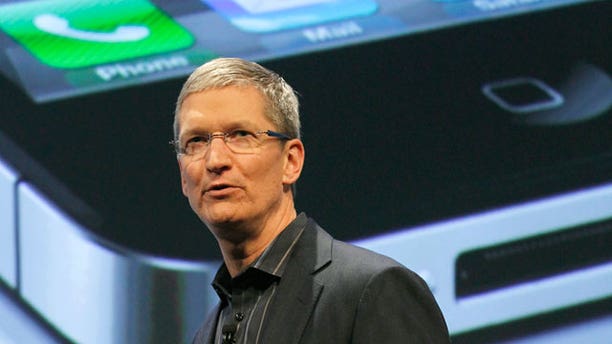 "China is currently our second largest market. I believe it will become our first. I believe strongly that it will," the Xinhua News Agency quoted Cook as saying in an interview.

The report gave no details of when Cook thought China, already Apple's second-biggest market, might pass the United States. Apple Inc. spokespeople in China did not immediately respond to a request for comment.

Apple has said sales in China more than doubled in 2010 and 2011 though growth has slowed in the past year.

Apple's iPhones, iPads and other gadgets are popular with China's highest-earning consumers but the country's fast-growing smartphone market is dominated by handsets that run on rival Google Inc.'s Android system.

Cook was in Beijing to meet with Chinese regulators and managers of state-owned China Unicom Ltd., the first Chinese carrier to support Apple's iPhone.

Xinhua said Cook did not respond to rumors Apple might be developing a lower-cost iPhone for developing markets such as China.

China Mobile Ltd., the world's biggest phone carrier by subscribers, did not immediately respond to a request for information on whether it was discussing with Apple possible arrangements to support the iPhone.

China Mobile has no formal agreement with Apple but says its network is used by several million Chinese customers who brought in unlocked iPhones from abroad. China Mobile has more than 700 million subscribers and support from its network could help to promote iPhone use in China.

According to Xinhua, Cook responded to complaints about wages and other work issues at Foxconn, the Taiwanese company that assembles Apple's products in vast factories in China, by saying his company enforces strict codes of conduct for its suppliers.

"We care very deeply about every worker that touches an Apple product, whether they are making it, selling it, serving it or marketing it. We hold ourselves to a very high standard there," he was quoted as saying.