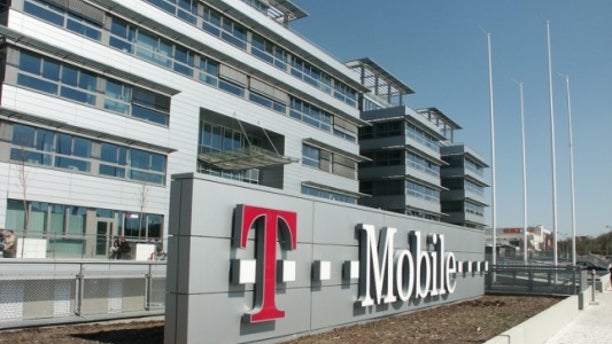 T-Mobile USA, the nation's fourth largest wireless carrier, disclosed plans earlier today that it would finally roll out an LTE service to subscribers by 2013. However, according to Avi Greengart, an analyst from Current Analysis, the effort might be too late--and T-Mobile will have to do three things to ensure that its remain competitive with the other major carriers. No. 1 on the list? Finally get the iPhone.

The announcement comes on the heels of a tough holiday quarter for T-Mobile. The company just reported that it lost 802,000 contract customers and saw its revenues dip 3.3 percent to $20.6 billion, placing most of the blame on not having been able to offer the coveted iPhone 4S in Q4 2011. In order to turn those fortunes around, T-Mobile plans to use the $4 billion break-up fee from the failed merger with AT&T to fund the rollout of a 4G LTE network. Of the four biggest wireless carriers in the US, T-Mobile will be the last to deploy the technology, trailing Verizon by three years and AT&T by two.

"Given that T-Mobile is coming from behind, they need to do three things to reinvigorate their brand and get subscriber growth going," Greengart said. "One, they'll need to get the iPhone. I don't think there's an option there. Two, they have to offer more competitive device subsidies. Third, they need to offer consumers better value plans."

Greengart acknowledged that in order for T-Mobile to get the iPhone onto their network, they may have to bend backwards to Apple's demands--but, as it did with Sprint, he wagers that this move will pay off.

"They will have to meet Apple's demands in terms of volumes and subsidies--which will be steep, as we've seen in Sprint," he said. "But at the same time, it's something that T-Mobile will almost certainly have to do. They may take a huge financial hit in the short term, but they'll make that back over time. It's essential, to remain a competitor. It just depends on when T-Mobile will be willing to sign on the dotted line."

Greengart also noted that T-Mobile currently offers a number of handsets at higher price points--about $50 to $10 more--than its rivals.

"It's not really an affordability issue," Greengart asserted. "It's a matter of willingness. How much are you willing to spend to get a subscriber? AT&T, Verizon and Sprint are willing to pay more than T-Mobile is. To some extent, T-Mobile has been focused on the metric of profitability more than market share."

Finally, Greengart says that T-Mobile must advertise their cheap plans to the public. "They need to let consumers know that they offer a better value," he said. "There's no question that they offer plans that are cheaper than the other carriers, but their problem now is regional--they face competition from smaller carriers like Metro PCS."

And what about one of the bigger gaps, T-Mobile's lack of spectrum? The carrier will already benefiting from some spectrum it won from AT&T, but Greengart thinks it may join forces with another--Dish Network.

"There are other players looking for partners," Greengart said. "The biggest one is Dish. They have spectrum, but they haven't deployed it."