FILE - This Sept. 6, 2012, file photo, shows the Amazon logo in Santa Monica, Calif. Amazon will block Australians from buying from its international e-commerce websites and restrict them to a smaller local platform from July in response to new tax rules that consumer advocates fear will reduce the range of choice for customers in Australia, Amazon said in a statement on Friday June 1, 2018. (AP Photo/Reed Saxon, File) (Copyright 2016 The Associated Press)

In the wake of a joint investigation by China Labor Watch and the Guardian, Amazon has admitted to labor violations at a Foxconn factory in Hengyang, China, where workers assemble countless Echo devices and Kindle readers.

The tech giant’s own March audit found more than 40 percent of workers were low-cost agency staffers — who do not receive holiday or sick pay — well over the 10 percent limit allowed in Chinese factories. In addition, employees at the Foxconn plant who worked overtime were paid a regular rate, rather than the time-and-a-half demanded by Chinese laws and by Amazon.

The revelation comes in response to the investigation, involving an undercover worker, which discovered a range of “unethical and illegal” working conditions at the factory.

In its statement to the British publication, Amazon said: “Amazon takes reported violations of our supplier code of conduct extremely seriously. In the case of the Foxconn Hengyang factory, Amazon completed its most recent audit in March 2018 and identified two issues of concern.

“We immediately requested a corrective action plan from Foxconn Hengyang detailing their plan to remediate the issues identified and we are conducting regular assessments to monitor for implementation and compliance with our supplier code of conduct. We are committed to ensuring these issues are resolved.” 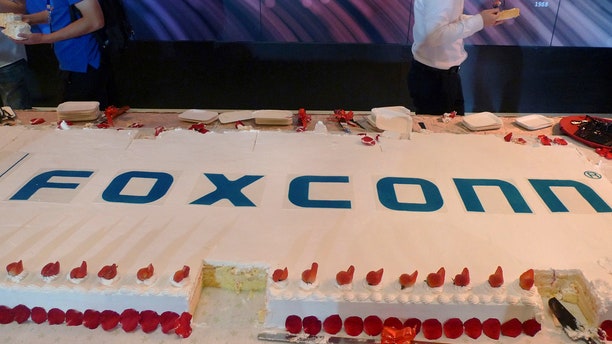 A joint investigation found multiple labor violations at a Foxconn plant in China where Amazon devices are produced. (AP)

The probe also found that the Hengyang workers were paid less than Foxconn workers in other Chinese cities — earning a monthly wage of 1,750 yuan ($273 US), while those at a Foxconn factory in Shenzen start at 2,400 yuan ($375).

“This violates Chinese labor law. Foxconn uses a large number of dispatch workers and violates workers’ interests via these dispatch companies. This practice, in and of itself, is unethical and illegal,” he wrote. “I hope that you can compel your suppliers to improve their working situations and to manufacture Amazon products under ethical conditions.”

Foxconn said it had a strict company policy of not commenting on matters related to current or potential customers, or any of their products.

In a statement, it said that it provided a positive working environment and was committed to ensuring that all aspects of its business complied with industry standards.

“Foxconn works hard to comply with all relevant laws and regulations in all markets where we operate,” it said. It added that regular audits were carried out "and if infractions are identified, we work to immediately rectify them."