AirPods are surprisingly great, according to early reviews 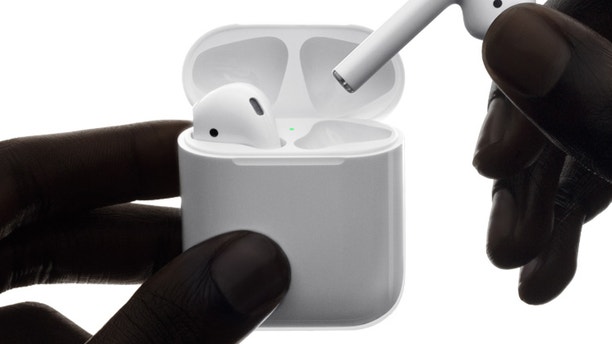 In just the nick of time, Apple managed to roll out its new AirPods last week following a nearly two-month delay. Priced at $159 and sporting Apple's new W1 wireless chip, Apple's AirPods promise to deliver a best-in-class pairing process, a solid user experience, and above all else, impressive sound quality.

One of the more interesting things about Apple's AirPods is that they're jam-packed with all sorts of advanced technologies. For example, AirPods come equipped with accelerometers such that the earbuds can determine when a wearer happens to be speaking. In such a scenario, the AirPods are designed to filter out background noise and specifically hone in on and transmit the sound of your voice.

Now that AirPods are finally shipping, early user reviews are finally starting to trickle in. Suffice it to say, Apple's AirPods thus far appear to be the real deal. Not only are people seemingly impressed with the sound quality AirPods provide, many users have relayed that the earbuds do a surprisingly impressive job of remaining nestled in the ear even during physical activity. This is a particularly interesting data point given that Apple's wired earbuds that come standard with every iPhone are notoriously prone to falling out at the slightest jostle.

In a monster thread on Reddit, appropriately titled "AirPods are better than expected," a number of AirPod owners have chimed in with overwhelmingly positive reviews. One user with the handle Portatort was particularly effusive, relaying that his AirPods remained snug and in place while exercising at the gym:

"20 minutes on the indoor bike and then 10 minutes on the treadmill [...] Not once did I feel the need to push the pods further into my ears (I didn't touch them once in the entire half hour)."

In the same vein, marathon runner Daniel Garcia recently took his new AirPods on an intense 10k run through the mountains and came away impressed.

"I don't feel like they're insecure," Garcia said before starting out, "so this could be an expensive test."

"They didn't budge at all, they're still sitting there in my ears," Garcia said after doing a little bit of sprinting. "I could never wear the EarPods before. They would always fall out."

During the 10k portion, Garcia ran up and down a steep mountain and, once again, was impressed that his AirPods managed to stay in with no problem whatsoever.