Report From a Forgotten War: Fifth in a Series 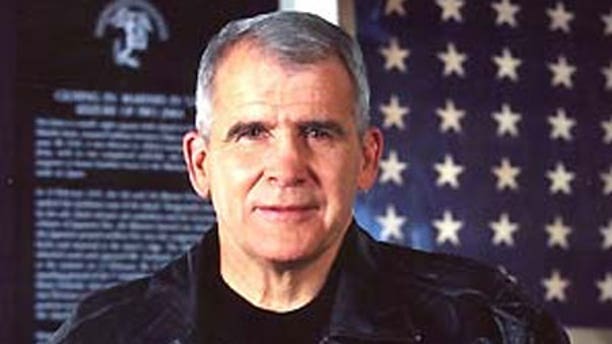 It is good to be heading home -- where there are paved roads and no Russian landmines -- and the man standing at the next intersection isn’t going to blow himself to pieces trying to kill me, my family and my friends. At home, drinkable water comes out of a faucet --not just from a plastic bottle. Home is where meals come on plates, not in brown plastic bags – and we have air conditioning and fresh green vegetables and showers last as long as we want. At home, we go to work in coats and ties -- instead of body armor and helmets. At home our vehicles don’t have turrets -- and if we drive after dark, we use headlights instead of night vision goggles. At home, “overhead cover” is protection from the elements -- not a defense from enemy rocket or mortar fire.

In America, we take all these things for granted. Here in the shadows of the Hindu Kush, however, ignoring any one of them can get a soldier, sailor, airmen, Guardsmen or Marine killed. Unfortunately, the so-called mainstream media has ignored this fight for so long, that few in the U.S. are even aware of the challenges confronting our 33,000 troops in this always difficult and often dangerous place. For the benefit of those who care, here are some particulars that the potentates of the press have generally overlooked.

• Islamic radicals know that their cause is lost in Iraq so remnants of the Taliban, Al Qaeda and foreign fighters intent on joining a “jihad” against the West are flooding into Afghanistan from Pakistan and Iran. Factions in both neighboring countries are providing safe haven, training and material support to those who want to overthrow the democratically elected government in Kabul.

• Despite seven years of United Nations and NATO “assistance” to Afghanistan, the Afghan Army still has fewer than 85,000 troops and the country still has only one paved highway (Route 1, the “Ring Road”). As we were reminded first hand on this trip, the dirt tracks that pass for roads here are laced with land mines and improvised explosive devices – causing numerous U.S. and Afghani casualties and isolating the population.

• Illicit drug production – heroin/opium/hashish/marijuana – the only real cash crops in the country – are an enormous criminal enterprise generating more than $5 billion in cash to benefit the Taliban and corrupt officials in the Afghan government.

• The UN-led “economic reconstruction” of Afghanistan is a miserable failure. The numbers of displaced refugees, life expectancy, live birth rates, illiteracy, childhood disease, malnutrition and unemployment are all getting worse instead of better because of incompetence, corruption and lack of coordination among “international donors.” The Taliban insurgency thrives on ignorance and misery. As one U.S. officer put it, “We’re feeding the beast.”

• There is no coherent “command and control” structure or common set of operating procedures among U.S. forces, the Afghan National Army and Police or the 25 other nations in the International Security Assistance Force (ISAF) – nearly all of which have different “rules of engagement” or “national caveats” on how they will be employed. Though some U.S. units, like the 24th Marine Expeditionary Unit and the 101st Airborne have integral air support, others have to rely on NATO-ISAF. As a result, wounded Americans have waited hours for casualty evacuation – which sometimes never comes.

Though there are significant cultural and tribal differences between Afghanistan and Iraq – the military/security situation in Afghanistan is similar to what it was in Mesopotamia two and one half years ago – and equally “winnable” if we do the right things. Some “repairs” will take time – but these are urgently needed:

• Inform both the Pakistani and Iranian governments that insurgent cross-border operations will not be tolerated and that if Taliban/terror bases on their territory are not closed, they will be attacked.

• Commence building paved roads throughout all of Afghanistan’s 34 provinces – not just in urban areas. Such projects will generate tens of thousands of jobs, create lasting infrastructure, reduce casualties from IEDs and mines and show the Afghani people that their government cares about them.

• Stop illicit drug production from the top down, not the bottom up. Arrest and prosecute the kingpins – and then go for eradication and crop replacement. It worked in Colombia – and it can in Afghanistan.

• Fix the “Unity of Command” problem immediately. The NATO-ISAF command structure should be shut down. “Allied” forces that can’t or won’t fight should be thanked and sent home. More U.S. troops are desperately needed in Afghanistan – but unless General Petraeus is given clear lines of authority to do what has to be done, the Afghan Army and National Police will never get the equipment and training they need. He did it in Iraq. Now he needs to do it in Afghanistan.

The Afghan people don’t want to be ruled by Islamic radicals. Afghan soldiers, properly trained, equipped, led and supported, are brave and fight well – but they can’t win unless these problems are fixed. Neither they, nor the young Americans serving here should have to wait for a new administration in Washington to make necessary repairs.

Oliver North hosts War Stories on FOX News Channel and is the author of the new best-seller, "American Heroes: In The War Against Radical Islam." He has just returned from assignment in Afghanistan.