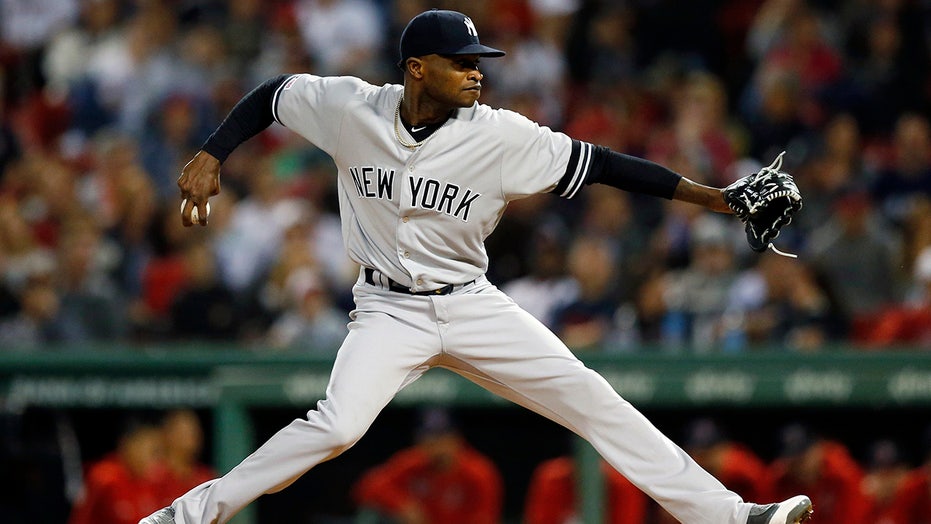 German’s suspension includes the games he missed at the end of the Yankees’ regular season and postseason and the first 63 games of the 2020 regular season. MLB said German also agreed to make a contribution to Sanctuary for Families, a New York City-based nonprofit organization dedicated to helping victims of domestic violence.

“My office had completed its investigation into the allegations that Domingo German violated Major League Baseball’s Joint Domestic Violence, Sexual Assault and Child Abuse Policy,” commissioner Rob Manfred said in a statement. “Having reviewed all the available evidence, I have concluded that Mr. German violated our Policy and that discipline is appropriate.”

“We remain steadfast in our support of Major League Baseball's investigative process and the disciplinary action taken regarding Domingo German,” the Yankees said in a statement. “Domestic violence -- in any form -- is a gravely serious matter that affects every segment of our society. Major League Baseball has taken the lead in our industry to make domestic violence awareness and prevention a priority, and we will continue to back those efforts. We are encouraged by Domingo's acceptance of his discipline, and we sincerely hope this indicates a commitment to making a meaningful and positive change in his personal conduct.”

According to ESPN, German’s punishment is the longest for violating the league’s domestic-violence policy for a player who was not charged with a crime.