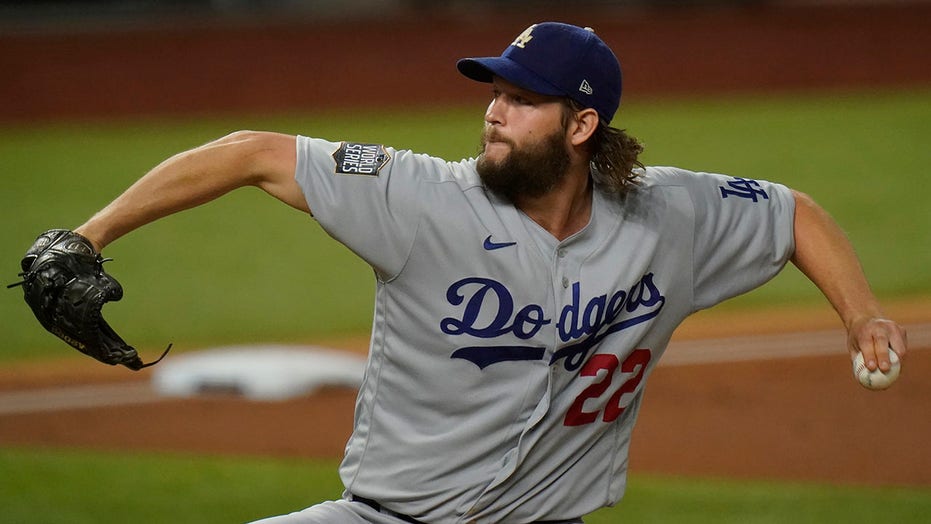 Clayton Kershaw did just what he needed to do against the Tampa Bay Rays through nearly seven innings and then handed it off to the bullpen to do the rest.

It was that formula that helped the Los Angeles Dodgers close the door on the Rays on Sunday night in Game 5 of the World Series, 4-2. The Dodgers are now one win away from capturing their first title since 1988.

Kershaw went 5 2/3 innings, struck out six and allowed two runs on five hits. He was removed from the game for Dustin May. Fans at Globe Life Field booed manager Dave Roberts while he was taking Kershaw out but cameras caught the two embracing in the dugout showing there were no hard feelings over the decision.

Los Angeles got started early when a Corey Seager single scored Mookie Betts in the first inning. Cody Bellinger then reached base on an infield single, scoring Seager.

Joc Pederson then hit a home run in the second inning to put Los Angeles up 3-0.

Tampa Bay got two runs back in the third inning. Yandy Diaz would triple off of Kershaw to score Kevin Kiermaier. Then, Randy Arozarena would single home Diaz.

Max Muncy put the Dodgers up two runs again with a solo home run in the fifth.

All the runs the Dodgers scored came off starter Tyler Glasnow. He went four innings and allowed four runs on six hits and struck out seven.