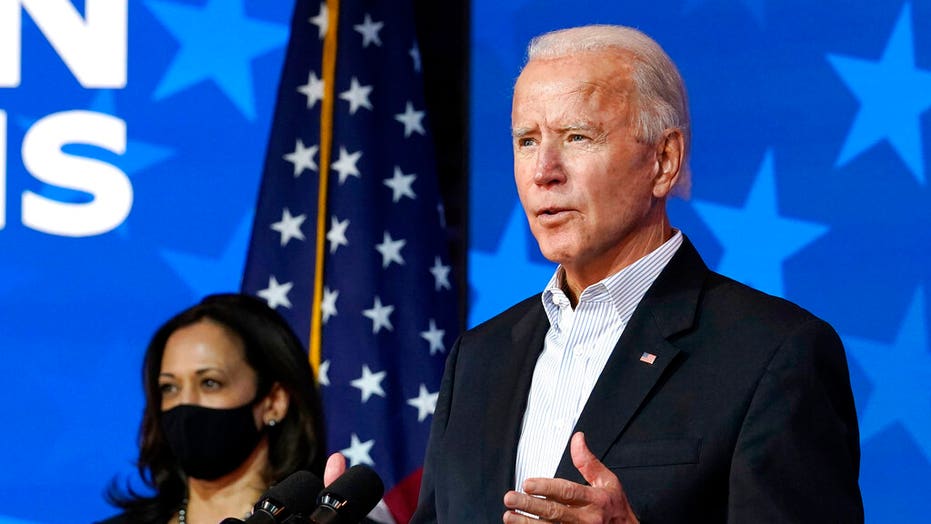 The Seattle Storm had reason to celebrate Saturday afternoon.

Fox News projected Democrat presidential candidate Joe Biden would win Nevada and Pennsylvania which would give him enough electoral votes to claim the presidency. Sen. Kamala Harris, D-Calif., would in turn become the first female vice president in American history.

The Storm was the lone professional sports team to endorse a candidate in the election. The organization reacted to the projected victory.

The Storm took the unprecedented step in supporting the candidates earlier in the year. The league's reigning champions posted a photo of the two candidates on their team-branded Twitter account, urging fans to support them and vote ahead of the upcoming presidential election.

Sue Bird, arguably one of the greatest basketball players in the sport, phone-banked for the Biden-Harris ticket leading up to the election.

She said she hoped she and her fiancée Megan Rapinoe made some kind of impact.

“It is. Everything we’re doing, it’s worth it. It’s beyond worth it. It has an impact. And it’s making such a huge difference,” Bird said, according to Yahoo Sports. “And again, we’re just so excited to be here to share this space with everyone. To hopefully excite you, to remind you the fatigue always kicks in. You gotta fight through it. That’s how you win gold medals, I guess, I don’t know.”