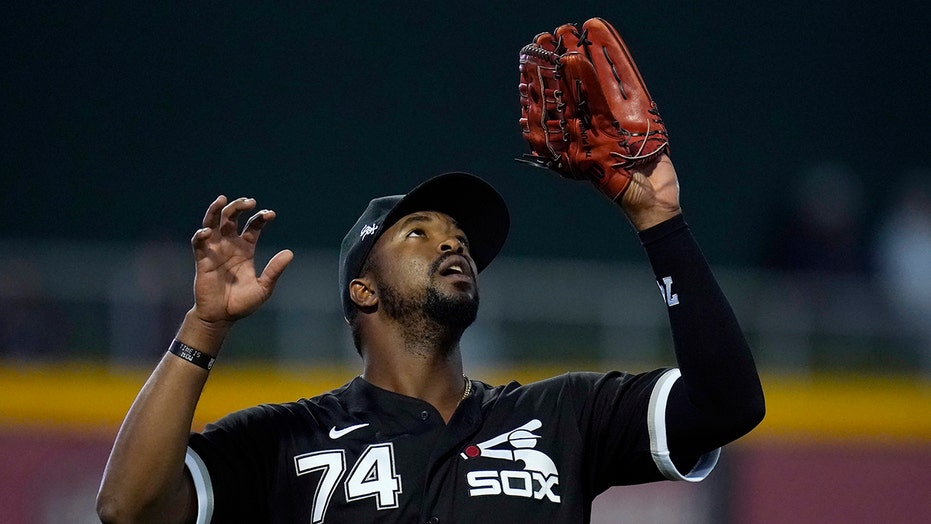 Eloy Jimenez was on the mind of Chicago White Sox players as they took the field Thursday for their opening day game against the Los Angeles Angels.

The odd tribute to the outfielder, who is set to miss about six months of the season due to a torn pectoral muscle, made it seem as though he had tragically passed away. He didn’t, fortunately, but fans took notice about Chicago keeping his jersey in the dugout and taking it out on the field with them.

Jimenez injured himself last month in a spring training game.

White Sox players acknowledged Jimenez being out leaves a hole in the lineup.

"It’s not like we think he can do stuff," Jose Abreu told The Athletic on Wednesday. "No, we know what he can do on the field."

Luis Robert, who has developed a friendship with Jimenez and will have a lot expected of him in 2021, told The Athletic that being around Jimenez helped him break out of his shell a bit.

There is a lot riding on the White Sox in 2021 after making the playoffs last season. Chicago is expected to contend for an AL Central title.