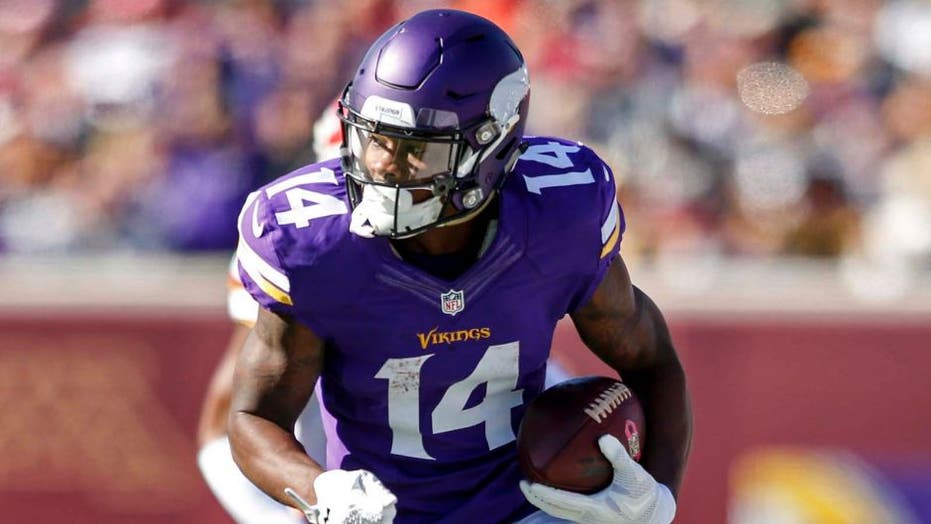 Minnesota Vikings wide receiver Stefon Diggs appeared to be frustrated with the lack of targets he’s been getting during a playoff game against the New Orleans Saints on Sunday.

Diggs tossed his helmet in frustration toward the Vikings sideline after one of their drives stalled.

Minnesota was leading 13-10 at that point in the game and Diggs had not been targeted at all up to that point.

Diggs got his first target and catch with 4:47 remaining in the third. It was a 9-yard throw from Kirk Cousins to Diggs. The drive led to a touchdown and put Minnesota up 20-10 at the end of the third.

The only other action Diggs received during the game when he was tossed the ball in the backfield on what appeared to be a pass play. However, he was sacked for six yards.

Coming into the game, Diggs has had five or more targets in 10 consecutive games.

In the final game of the regular season, Diggs had three catches on five targets for 57 yards and a touchdown.

He missed one regular-season game in 2019.

He had 1,130 receiving yards on 63 catches and six receiving touchdowns.