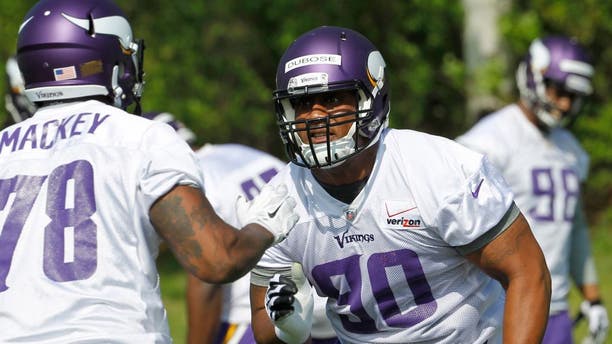 Tight end Rhett Elllison, who tore the patellar tendon in his right knee in Sunday's win over the Green Bay Packers, was placed on injured reserve by the Minnesota Vikings on Wednesday.

A key run blocker who caught 11 passes this season, Ellison will have surgery on his knee with an expected recovery time of six months.

DuBose was drafted in the sixth round of the 2015 NFL Draft by Minnesota. He appeared in 44 games at Louisville, recording 41 tackles, four sacks and 7.5 tackles for loss in his senior season.