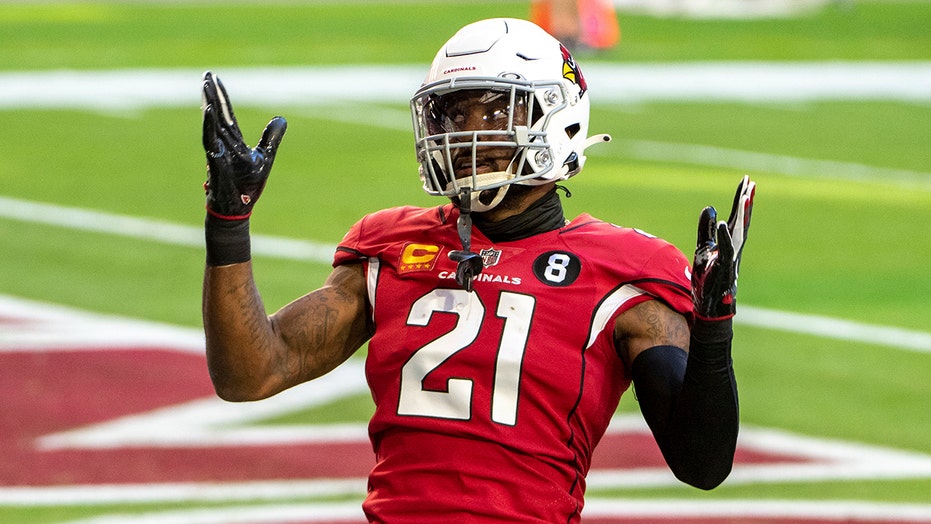 Minnesota Vikings’ Patrick Peterson is the first NFL player to change his jersey number under the league’s new rule — and, in order to get his old college jersey number currently worn by teammate Nate Stanley, the veteran cornerback made an interesting deal.

Peterson will be trading in his No. 21 jersey, which he’s worn since getting drafted by the Arizona Cardinals in 2011, to No. 7, the number he wore during his days at LSU. To make the swap happen, Peterson made a donation to backup quarterback Nate Stanley’s old high school football team.

JULIO JONES TRADE IS SOMETHING ‘WE HAVE TO WEIGH’, FALCONS GM SAYS

Stanley will now wear the No. 14 jersey in exchange for new shoulder pads donated to his alma mater, Menomonie High School in Wisconsin.

"It’s a great gesture on Nate’s part,’’ Joe LaBuda, Menomonie’s coach for 32 years, told the Twin Cities Pioneer Press. "He said he just wanted to help out the program.’’

"We have a lot of them that have been here for a long time, some of them 15 years, 10 years,’’ he added. "A lot of them have been to the point where they need to be replaced.’’

According to the outlet, Stanley was arranging for about 10 pairs of shoulder pads to be donated.

Peterson signed with the Vikings in March after 10 seasons with the Cardinals.

"I always wore it in high school, I wore it in college," he said on the "All Things Covered podcast" Sunday. "I always felt comfortable with it. And that's what I felt started me. So it was only right to go back to my roots and rock that seven."