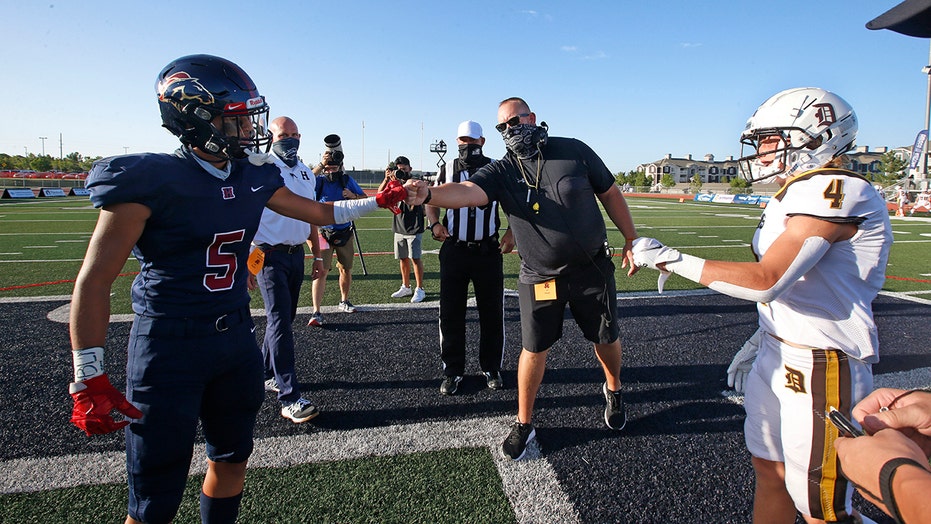 Fans wore masks and players drank from their own water bottles instead of sharing Thursday night at what was said to be the first high school football game in the United States since the start of the coronavirus pandemic.

The stands were sold out at 25% capacity at Herriman High School in Utah as the Mustangs took on the Davis High School Darts, news outlets reported. The game was believed to be the first high school matchup on the gridiron as schools across the country debate whether to play this fall amid COVID-19 concerns.

The home team's marching band wasn't present, though both schools brought cheerleaders to the game. They wore masks before kickoff but, like the players, did not during the game.

Tickets were sold online and scanned as fans entered the stadium so the school can carry out contact tracing after the game if necessary, KUTV reported. Fans were asked to keep their masks on for the entire game.

Players usually share from a few of the same water bottles, but each had their own as a precaution, the television station reported.

Fans were also instructed to leave as soon as the game ended, The Salt Lake Tribune reported. Davis beat Herriman 24-20.