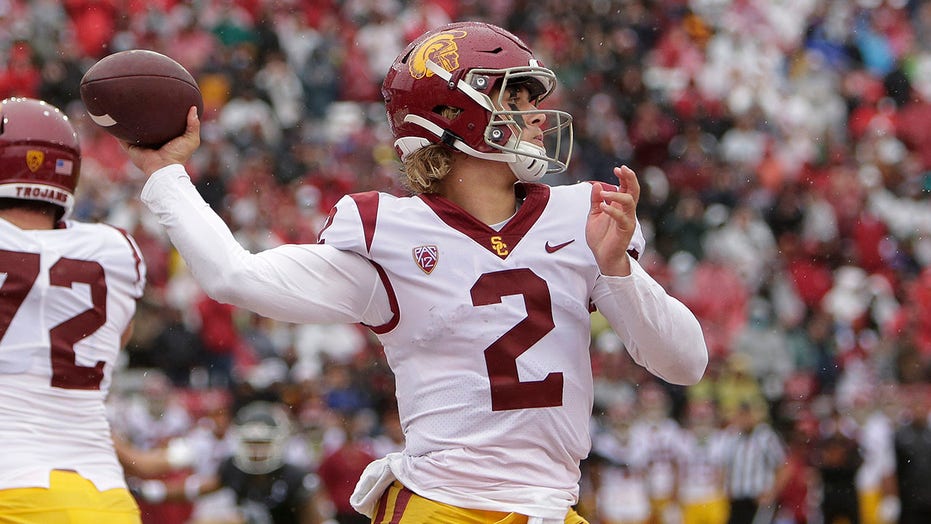 The USC football team had a scare after its plane landed in Idaho Friday night ahead of its game against Washington State.

After the Trojans landed in Lewiston, Idaho and arrived on the tarmac, their plane tipped backward, according to ESPN. A photo posted to social media showed the nose of the United Airlines’ aircraft pointing upward. The team landed in Lewiston to travel to Pullman, Wash., about 32 miles north.

A USC spokesperson told ESPN players had already exited the plane but coaches and staff members were still on board when the aircraft shifted. No one was injured.

Once the plane was leveled, remaining passengers were led off.

RIDDER HELPS NO. 8 BEARCATS RALLY FOR 38-24 WIN AT INDIANA

"United Flight 2509 flying from Los Angeles, California to Lewiston, Idaho landed without incident," the airline said in a written statement it released to to KHQ-TV.

"Due to a shift in weight and balance during the offloading process, the tail of the aircraft tipped backward. No injuries were reported among our customers, crew or ground personnel. The return flight will depart on a different aircraft as originally planned."

The Trojans entered the game against the Cougars with a 1-1 record.