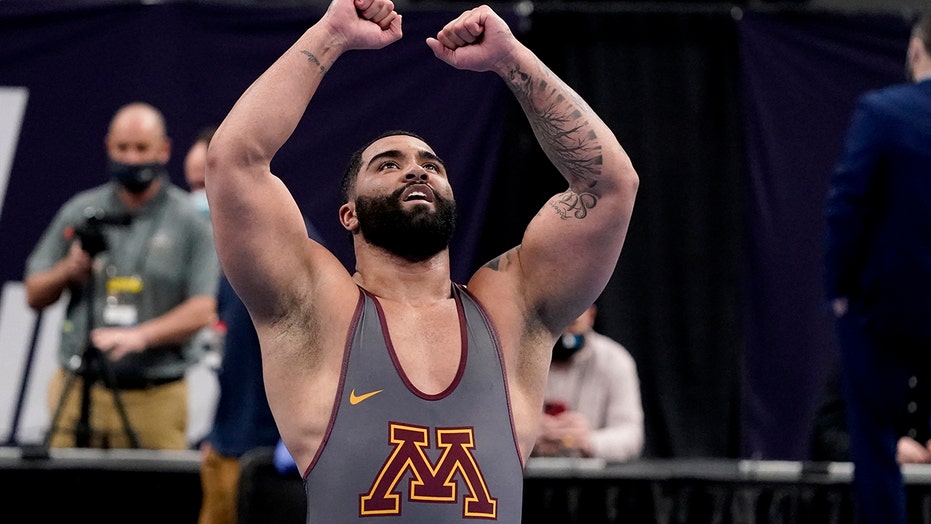 United States Olympic wrestler Gable Steveson has taken advantage of the new opportunities for college athletes to cash in on their name, image and likeness by signing with clean energy drink company Kill Cliff.

Steveson was a national champion as a junior at the University of Minnesota this past season and won the Dan Hodge Award for best college wrestler. The charismatic heavyweight is quite a target for companies -- he has nearly 250,000 followers on Instagram and more than 30,000 on Twitter.

Steveson is among the favorites in the freestyle 125-kilogram weight class at the Tokyo Olympics. The gold medal match will be Aug. 6.

"Being tough and authentic are two trademarks of a Kill Cliff Fight Club Member, and Gable is all that and then some," Kill Cliff CEO John Timar said in a statement.

Steveson previously had signed with Gopuff, a consumer goods and food delivery service. He also has a marketing agreement with Barstool Sports.