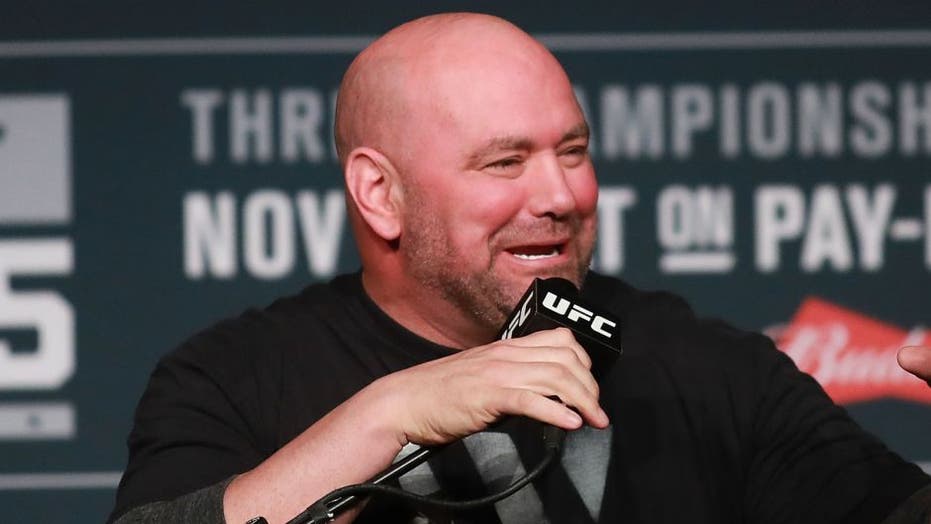 UFC president Dana White gave fans a first look at “Fight Island” on Saturday as the company gets ready to host international bouts for the first time since the coronavirus pandemic shut down the sports world.

White announced earlier this month that the event would take place at Yas Island in Abu Dhabi. A picture he posted Saturday showed an octagon being prepped on an outdoor platform on the beach.

The event is expected to include a bantamweight title bout between Jose Aldo and Petr Yan, a featherweight matchup between Alexander Volkanovski and Max Holloway and a welterweight fight between Kamaru Usman and Gilbert Burns.

White explained to ESPN that UFC will host four events next month on Yas Island in Abu Dhabi — a more suitable location for international athletes who aren’t able to come to the U.S. because of travel restrictions.

"We're literally just going to Yas Island right now to pull off these fights because the hardest thing to do right now is to get people into the country from other parts of the world," he said.

According to ESPN, “Fight Island” will have an arena, hotel, training facilities, dining establishments, and a 10-square-mile area designated for the athletes, coaches and UFC staff.

UFC 249, the first major sporting event to take place since the coronavirus pandemic shut down the country back in March, was held in Florida last month and created a path for several other events in Florida and Nevada.

"We are a true, global business,” White said at the time. “We're the only ones that are pulling off live sports right now. And if I continue to do fights in the United States, I'm gonna burn out all my American talent. So now we've got Yas Island ready to go; it's set up."