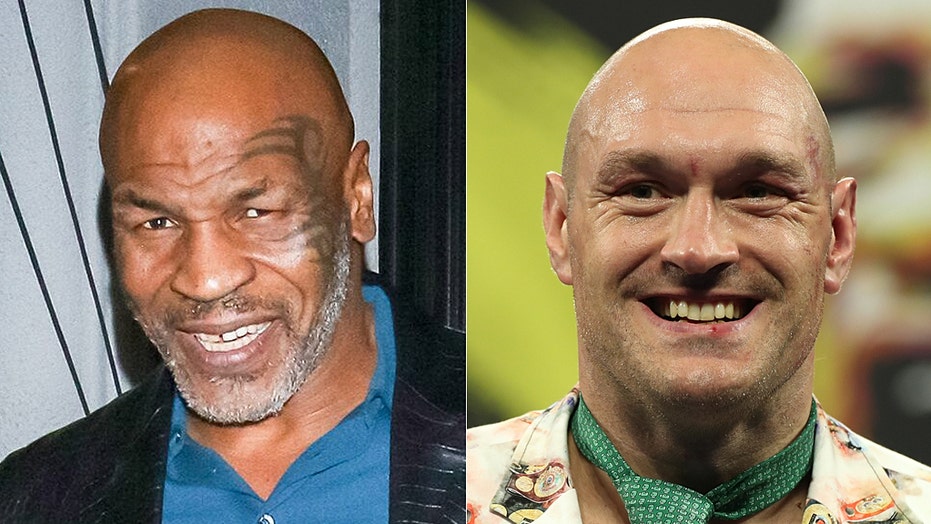 Tyson Fury admitted Thursday he was looking to fight Mike Tyson in an exhibition bout, but said that the money didn’t match up.

Fury told IFL TV he was offered “peanuts” compared to what Tyson was looking for.

“[Mike Tyson’s] people contacted me, me and Mike had a phone call, it was all real but never materialized. Someone who was offering the money to Mike came back and offered us peanuts completely. Mike was talking about $500 million figures, but what came back on paper was a joke, it was crazy," he said.

Fury didn’t reveal the number he was offered in that particular instance, but said ESPN offered him $10 million to fight the 53-year-old former heavyweight champion.

“I would have just loved to share the ring with him and move around,” the current WBC heavyweight champion said of Tyson. “But if he had won, then people would have said I was rubbish because a 53-year-old beat me; and if I had beaten him, then I would have been a bully.”

He added: “It was a lose-lose situation for me. It was money I didn't need to fight a man past his best.”

Tyson has been rumored this month to be getting back into the ring against a number of opponents. His trainer said last month Tyson could fight again in six months if he wanted.

Tyson has recently shown off his speed in the ring and it appears as though he hasn’t skipped a beat.

A fight between Fury and Tyson would have been fun to watch. But Fury has potentially two super showdowns on his schedule – a trilogy fight against Deontay Wilder and a possible fight against Anthony Joshua. All three competitors are considered to be the top heavyweights in the world.