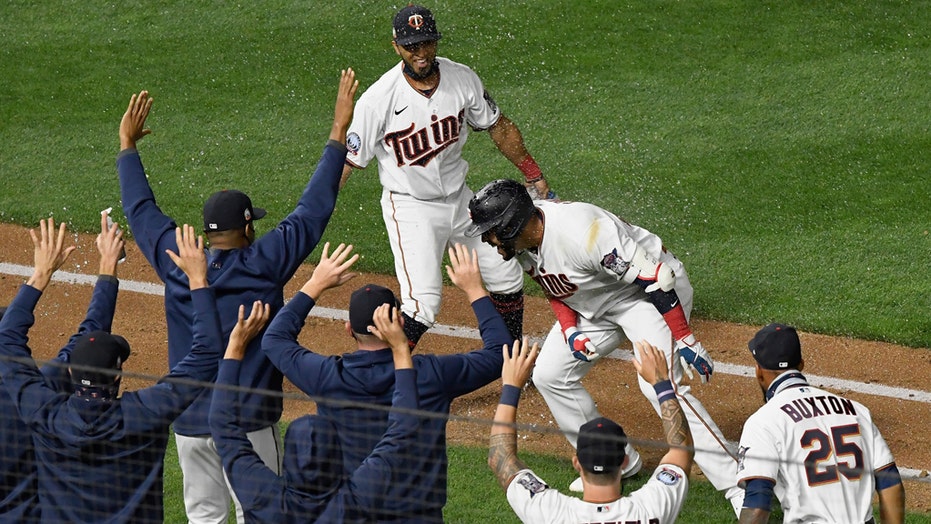 The Minnesota Twins are perfecting their socially distant celebrations.

Nelson Cruz’s RBI single in the bottom of the ninth against the Pittsburgh Pirates Monday night gave the Twins their fourth straight win but teammates had to hold back the urge to congratulate him and Jorge Polanco as they crossed home plate because of COVID-19.

“Boring. It’s no fun. Well, I guess, it is what it is,” Cruz said of the phantom high-fives and motioned hugs. Cruz even had a little hand sanitizer squeezed into his batting gloves.

"Hopefully next year we celebrate the good way," he said. "We don’t know what happens tomorrow. So I try to enjoy every at-bat, every game, like it’s the last one."

Twins manager Rocco Baldelli likely knows his players aren’t fans of holding back but he said following Monday’s win that he’s proud how they’re continuing to make the best of an unusual situation.

“I’m pretty happy watching the guys dance around and not touch each other. You’ve got to make it fun no matter what’s going on,” he said.

The Pirates (2-8), who lost their fifth consecutive game and have the worst record in the major leagues, had a runner on second with two outs in the top of the ninth against Twins closer Taylor Rogers (1-0), but Cole Tucker grounded out.

That set up the 40-year-old Cruz for his latest clutch hit for a team he has fast become the leader of less than halfway into his second season in Minnesota.

The Twins and Pirates will play a Tuesday matinee to finish up the two-game series before both teams travel east to Pittsburgh for another pair of games.