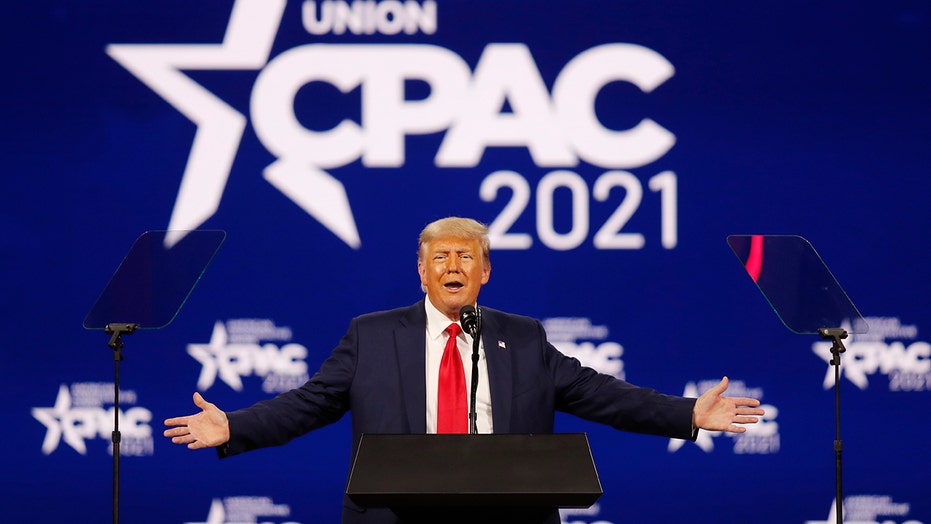 Former President Donald Trump talked about women and sports during his Sunday address to the Conservative Political Action Conference, and he believes President Joe Biden and the Democratic party are pushing policies to destroy women’s sports.

"Lot of new records are being broken in women’s sports," Trump said. "Hate to say that, ladies, but got a lot of new records that are being shattered… For years the weightlifting… Every ounce is like a big deal for many years. All of a sudden somebody comes along and beats it by 100 pounds."

Trump continued: "Young girls and women are incensed that they are now being forced to compete against those who are biological males. It’s not good for women. It’s not good for women’s sports, which worked so long and so hard to get to where they are. The records that stood for years, even decades, are now being smashed with ease. If this does not change, women’s sports as we know it, will die. It’ll end."

Trump gave an example as to why a coach would want to recruit a young woman "if her record can be easily be broken by somebody who was born a man."

"Not too many of those coaches around, right? If they are around, they won’t be around long because they are going to have a big problem when their record is, ‘We’re 0-16, but we’re getting better.’ I think it’s crazy," Trump explained. "I think it’s just crazy what’s happening. We must protect the integrity of women’s sports. So important."

Trump's speech was the final address of CPAC, which began on Thursday.

Trump also talked about Biden and his plans on immigration and school reopenings. He added that he may run for president in 2024, and he once again repeated his false claims that he won the 2020 presidential election.

On Sunday, Trump hugged an American flag when he walked out to deliver his address, reliving the viral moment from a previous CPAC appearance.