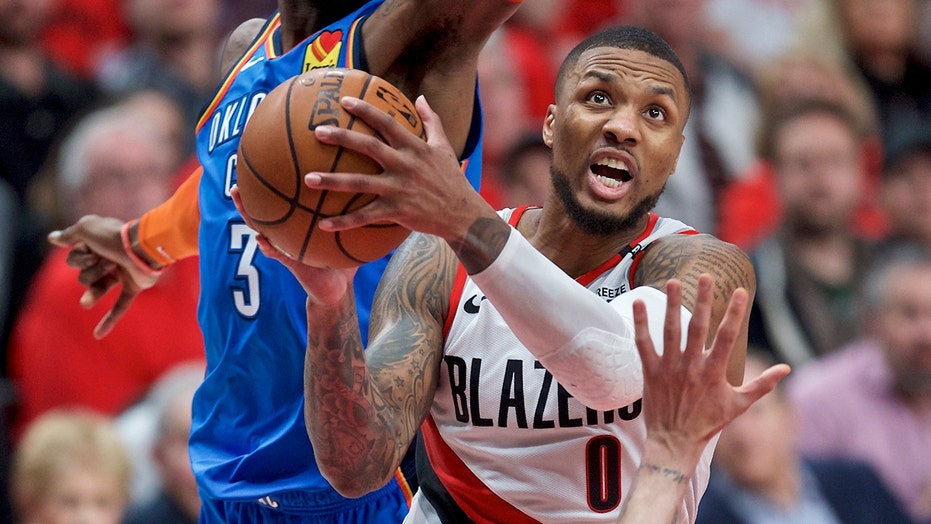 Portland Trail Blazers star Damian Lillard is banking on a “true opportunity” to make the playoffs should the 2019-20 resume, and if not, he said Tuesday, he’s going to sit the rest of the season out.

Lillard, whose Trail Blazers team was 3.5 games out of the final playoff spot in the Western Conference before the season was suspended in March, told Yahoo Sports he is not going to play if the season starts with “meaningless games.”

“If we come back and I don't have an opportunity to make the playoffs, I will show up to work, I'll be at practice and I'll be with my team. I'm going to do all that [expletive] and then I'm going to be sitting right on that bench during the games,” he said. “If they come back and say it's something like a tournament, play-in style, between the No. 7 and No. 12 seeds, if we're playing for playoff spots, then I think that's perfect.”

The Trail Blazers were poised to make a run toward the playoffs with key players like Jusef Nukic and Zach Collins getting ready to return from injury. Lillard said the team was at the cusp of making moves in the Western Conference and if they are at full health they could do more damage in the playoffs this time because everyone is returning to the court rusty.

The Memphis Grizzlies are ahead of the Trail Blazers in the Western Conference. Leaping over them means a potential matchup with the Los Angeles Lakers.

“I just feel like that would be the matchup people want to see,” Lillard told Yahoo Sports. “And not to say nobody wants to see Memphis, because they're in the eighth and they've been in the eighth spot for a while. They've earned that. You can't take anything away from Memphis. They play hard, they're exciting and they've got a lot of young talent. The Lakers would have their hands full playing against them. Memphis beat the Lakers this year. Memphis would have nothing to lose.

“I feel like both series could be a little bit hectic for the Lakers, but I think more so us, because of the experience and where we are in our careers. Not too long ago, we played them in L.A. and obviously I had a great game and we won a close one, and in the playoffs, I'm sure they would come up with some type of game plan to not allow that to happen. But I want to compete. That's what we want.”

Lillard is averaging 28.9 points this season – the highest mark of his career thus far. Portland made the Western Conference Finals last season but lost to the Golden State Warriors.

It’s unclear when or if the NBA season will resume. Orlando, Fla., and Las Vegas have both been named as potential host sites.