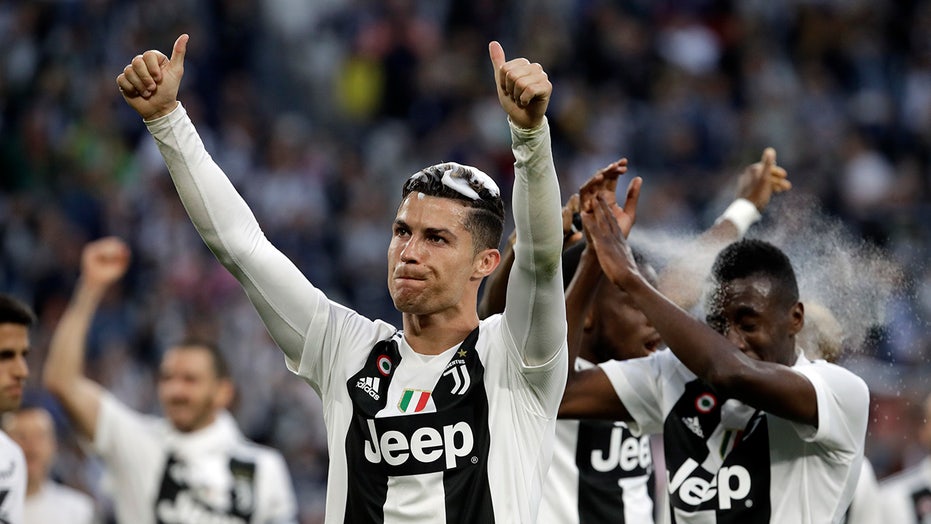 Torino’s match at home to Parma on June 20 will be the first Serie A match when Italy’s top soccer league resumes with a match almost every day until Aug. 2.

All matches will initially take place without any spectators but Italian soccer is considering the possibility of allowing fans into stadiums from next month.

The Italian federation issued a 40-page document on Monday outlining strict new rules for the resumption of Serie A on June 20.

The document specifies teams must go on and off the pitch at different times and limits the number of people in stadiums to 300, including players, staff and journalists.

However, Italian media reports that the federation could discuss at its next meeting allowing limited numbers of fans to attend.

“It’s something I really wish for with all my heart,” federation president Gabriele Gravina said. “It’s unthinkable that in a stadium that can hold 60,000 there’s not space for a small percentage of fans with the necessary precautions.”

The revised Serie A calendar was announced on Monday. It was decided last week to resume with the four catch-up matches postponed when Italian sports shut down in March because of the coronavirus.

Hellas Verona’s match against Cagliari will also be played on June 20, while Atalanta-Sassuolo and Inter Milan-Sampdoria will take place the following day.

There are 124 Serie A matches remaining, which will be played in 43 days. Most of them will take place at night, with the earliest ones kicking off at 5:15 p.m., because of the heat in the country, especially in July and August. The other time slots are 7:30 p.m. and 9:45 p.m.

Juventus, bidding for a record-extending ninth successive title, has a one-point advantage over Lazio. Third-placed Inter is nine points behind the leader with a game in hand.

Juventus will host Lazio on July 20.

The Italian Cup will be completed in the week before Serie A restarts. The first legs of the semifinals have already been played: AC Milan drawing with Juventus 1-1, and Napoli winning at Inter Milan 1-0.

A strict medical protocol has been put in place which includes the contentious, and potentially problematic, regulation that if one person at a club — player or staff — tests positive for COVID-19, the entire group must go to a training camp retreat for 14 days.

The federation is hoping to get that shortened if the number of new cases in Italy continues to decrease.

“Football has never asked for shortcuts,” Gravina said. “There are clear rules that allow you to continue activity, isolating an athlete or member of staff, and continuing training.

“The hope is that soon there will be a re-evaluation, a week before the start of the tournaments. We will send a new proposal, in the hope that it can find space in the revision of the rules, which are today creating anxiety and worry in our sport.”