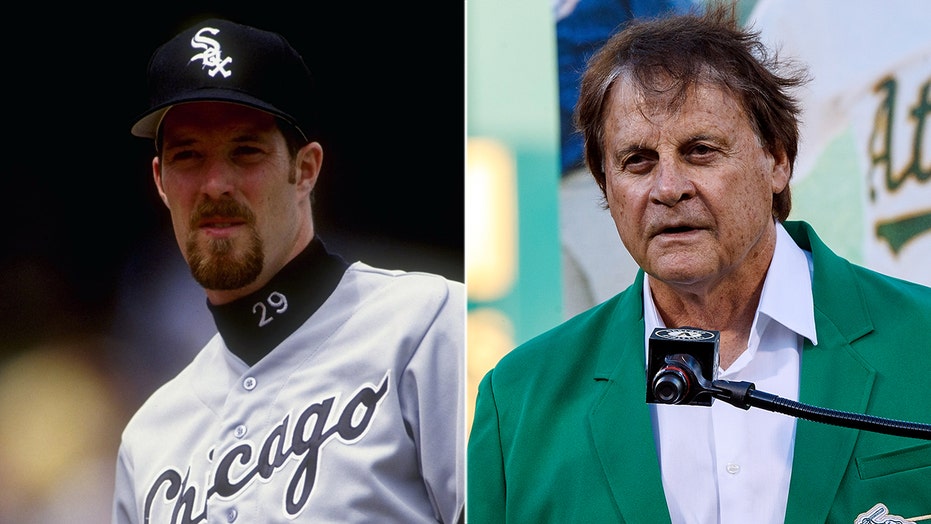 Legendary manager Tony La Russa had a sophisticated sign-stealing system in the 1980s when he was with the Chicago White Sox, a former American League Cy Young Award-winning pitcher said Friday.

Jack McDowell, who pitched for the White Sox from 1987 to 1994, told WFNZ radio’s “The Mac Attack” about the system La Russa allegedly set up.

“We had a system in the old Comiskey Park in the late 1980s,” McDowell said. “The Gatorade sign out in center had a light; there was a toggle switch in the manager's office and [a] camera zoomed in on the catcher.

“I'm gonna whistle-blow this now because I'm getting tired of this crap. There was that -- Tony La Russa is the one who put it in. ... He's still in the game making half a million, you know? No one is going to go after that. It's just, this stuff is getting old where they target certain guys and let other people off the hook.”

McDowell added that the next day’s starting pitcher would then sit in the manager’s office, watch the opposing catcher’s signals and then relay White Sox batters with a light in the Gatorade sign.

“I've never said anything about the old system we had because once we got to new Comiskey [in 1991], I didn't know if there was one or not,” McDowell said. “There were rumors that we had one, but it wasn't as out there as the first one was where they forced the pitcher who was pitching the next day to go in there and flip on the toggle switch and stuff.”

La Russa, a Hall of Famer, managed the White Sox from 1979 to 1986. He was let go in the middle of the 1986 season and joined the Oakland Athletics later in the year.

He has not commented on the allegations.

McDowell won the Cy Young Award in 1993 – long after La Russa was gone. He told the radio station that the onus was on the pitcher to be an enforcer on the mound if they suspected foul play but MLB’s rules prevent that from happening in today’s game.

“You know how it used to be taken care of? If they were stealing signs from second base, you just had the catcher call a breaking ball and then throw your fastball off someone's neck and just say, 'Oh, you're gonna keep trying to pick up signs, guys? What's it going to be?’

“There's ways to go around it. Players could police it back in the day. But now if you throw a ball 6 inches inside, you're almost thrown out of the game immediately and everyone wants to fight. Back in the day, it was like, 'You want to steal signs, yeah that helmet better be working right now.”

McDowell last played in the majors in 1999 for the Anaheim Angels. He is currently a coach at Queens University.

La Russa is a senior adviser in the Angels organization.

The Houston Astros’ sign-stealing scheme resulted in the firings of A.J. Hinch, Alex Cora and Carlos Beltran. The Astros also fired general manager Jeff Luhnow. No current players have been disciplined in the case.