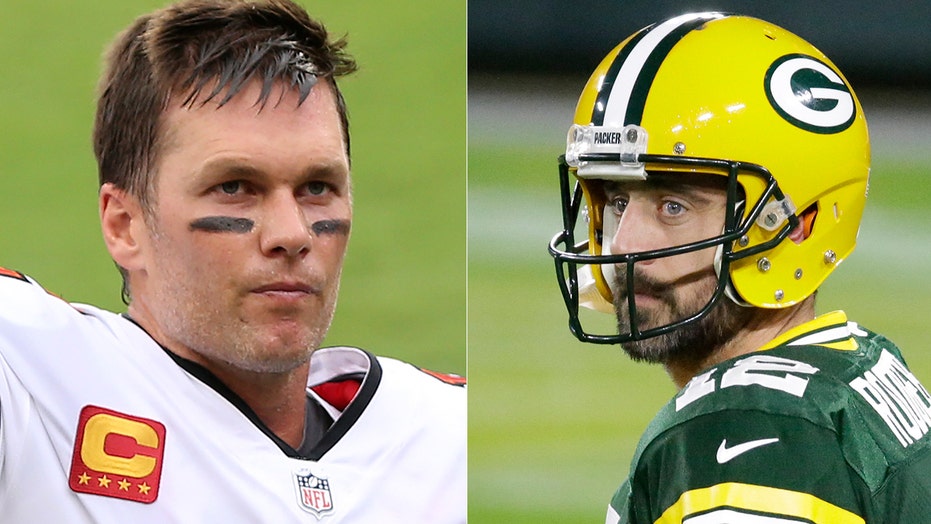 In an interview with USA Today Sports, Brady made it clear that he isn’t going to give any advice to Rodgers on what he should do moving forward.

"I mean, I respect Aaron a lot," Brady told the newspaper and website. "Aaron’s going to make the choices he feels are best for him. Everyone has different dynamics in their work."

Since the Packers’ NFC Championship Game loss to the Buccaneers, Rodgers has been outspoken about the culture in Green Bay. Last week, Packers CEO Mark Murphy said that Rodgers was a "complicated fella." The quarterback retaliated by wearing an "I’m offended" T-shirt during a video call with Brady, Bryson DeChambeau, and Phil Mickelson in preparation for their golf match next month.

BRETT FAVRE ON AARON RODGERS SKIPPING PACKERS CAMP: 'NO ONE SHOULD BE SURPRISED'

"It’s been one of those quiet offseasons…" Rodgers said sarcastically during the call. "That’s all you can ask for as an older player in the league and someone who has been around for a long time. Just enjoy that time to yourself, to relax, to not be bothered, to not have any obligations or anything going on. I think that’s what this offseason has been about."

The 16-year NFL pro said he focused on "really enjoying my time, and spending it where I want to spend it, and not feeling like I have to go anywhere. Not having any responsibilities, but still being an NFL player at the same time. It’s been great."

Rodgers did not attend mandatory minicamp, and he could potentially face more fines and be held liable for even more money if he continues his holdout -- a very real likelihood for the disgruntled signal-caller.

The Packers have given no indication that they are willing to part ways with Rodgers.