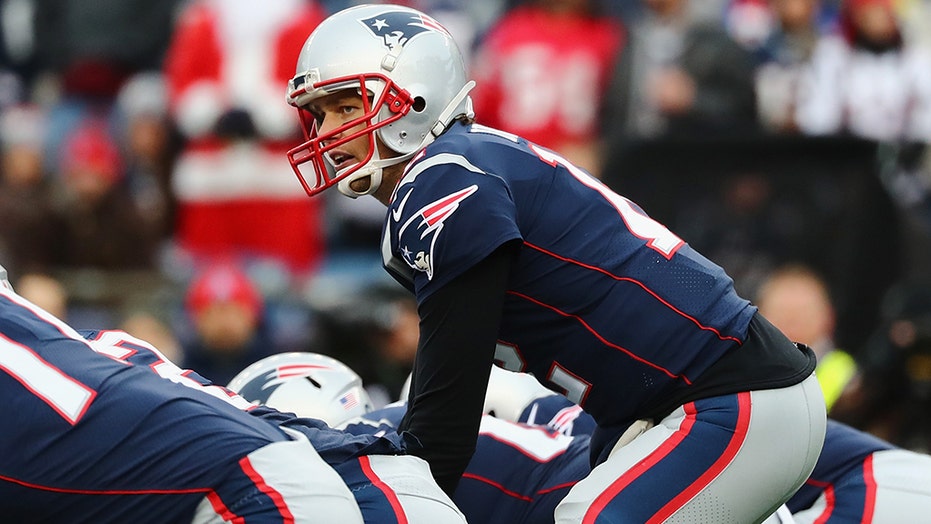 Tom Brady has an issue with his centers’ sweaty behinds and rightfully corrects it.

Brady, a six-time Super Bowl champion with the New England Patriots, knows that any type of moisture on his hands affects his passing game. According to a story in The Athletic published Thursday, Brady has tried to right this wrong by sticking a towel down his center’s pants because wiping the sweat wasn’t working.

“He literally stood behind me, took his hand, and stuck the towel down my pants,” Dan Connolly, who played for the Patriots from 2008 to 2014, told The Athletic. “I walked around that game, feeling like I was carrying a loaded diaper the entire time. It was the most uncomfortable thing, but he was so crazy about not getting his hands wet that he would stuff s--- down our pants.”

Brady reportedly first made the attempt to stop the sweat with Dan Koppen and has done it ever since.

David Andrews, who is on the injured reserve, told The Athletic he tried to train his body not to sweat.

“I have actually tried to train my body not to sweat,” Andrews said. “So, I would sit in the sauna and just try not to. It didn’t work.”

Andrews added that the towel method was strange at first.

“It was something that was very different for me at first, especially when he grabs you as a rookie in training camp and throws a towel down your butt,” he said. “Pulling your shorts back, dumping baby powder down your butt. But that’s part of it, and obviously, if it affects how he operates, you want to be as good as you can about it.”

Brady isn’t the only quarterback to have noted issues with their centers’ sweaty bottoms.

Minnesota Vikings quarterback Kirk Cousins expressed his concerns last month about rookie center’s Garrett Bradbury’s sweat. He mentioned it when he was asked what he was expecting from Bradbury during their first preseason game.

“Well, I’m gonna take it back to how much he sweats, again,” he said, according to the Minneapolis Star Tribune. “He promises that it’s not a problem in games, and it remains to be seen because his shorts today were soaked. And he says it’s not a problem on game days, so the moment of truth Friday night."

He added: “But apparently, you know, when they keep those domes air-conditioned and you get a break on the bench and you sit with the cooling fans, I’m hoping that really helps. So that’s a big thing I’m gonna take away from Friday night, is how tough was it to grip the ball after he snaps it to me. If it is tough we might be in pistol and shotgun all year, which coach [Gary] Kubiak and Kevin [Stefanski] wouldn’t like very much.”