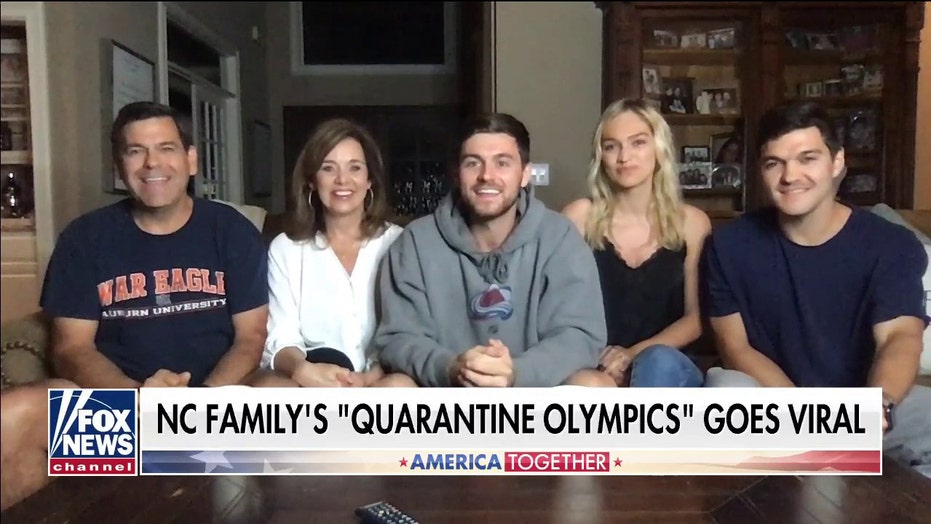 Uncertainty grips next year’s postponed Tokyo Olympics: Will there be fans or empty stadiums in 14 months? And how will thousands of athletes, staff, and technical officials travel, be housed, and stay safe amid COVID-19?

And Tokyo is not alone.

China — where the COVID-19 outbreak was first detected — will hold three mega-sports events within a year after Tokyo is set to close.

The World University Games in Chengdu in western China open 10 days after the Tokyo Games close, with up to 8,000 athletes. Next come the Beijing Winter Olympics beginning on Feb. 4, 2022, and the Asian Games in Hangzhou starting on Sept. 10. The previous edition of the Asian Games in Indonesia drew 11,000 athletes and featured more sports than the Olympics.

A fourth major event, soccer’s 24-team Club World Championship, was to open in China in June of 2021, but has been postponed because of scheduling conflicts created by the pandemic.

China is a go-to country for these mega events, through expertise gained from the 2008 Beijing Olympics and because it absorbs the massive costs. It spent at least $40 billion to organize the 2008 Olympics, and there was no national debate since the authoritarian state prohibits voting or referendums.

Voters in Europe and North America have repeatedly said “no” to referendums to hold the games. China landed the 2022 Winter Olympics when several European bidders withdrew. Beijing won narrowly in a vote by the IOC against Almaty, Kazakhstan.

“Telling the citizens of Bavaria or Switzerland that another Winter Olympics would benefit them greatly doesn’t work,” Jonathan Grix, who studies sports policy at Manchester Metropolitan University, wrote in an email. He said voters sense that “citizens rarely benefit the most from such events.”

“Authoritarian states have no need to ask the populace, they have no need to compromise on policy, there is no political opposition (by definition) and most delivery services are state-run, ensuring the smooth running of the event,“ Grix added.

Japanese and International Olympic Committee officials have given few details about how the Tokyo Olympics will be staged, the cost of postponement, and who will pay for it. They’ve teased the problems and floated tenuous solutions. They’ve agreed on one thing: If the games can’t open on July 23, 2021, they’ll be canceled.

In a joint news conference last weekend, the director general of the World Health Organization cautioned it would not be “easy” to make the Olympics a safe global gathering spot.

IOC President Thomas Bach has been cautious in speculating how the Olympics can be held. He’s suggested a possible quarantine for athletes, hinted at limited fan access to venues, and has not ruled out events in empty stadiums. Of course, he says that’s not his preference.

IOC member John Coates, who oversees preparations for Tokyo, has been direct.

“We’ve got real problems because we’ve got athletes having to come from 206 different nations,” Coates said, speaking at a News Corp Australia digital forum and reported in The Australian newspaper. “We’ve got 11,000 athletes coming, 5,000 technical officials and coaches, 20,000 media." There's also about 4,000 working on the organizing committee and an expected 60,000 volunteers."

Some scientists in Japan and elsewhere believe a vaccine is needed to guarantee safety for athletes. But some have asked if young, healthy athletes should be a priority for vaccination.

The biggest challenge might be guaranteeing the safety of fans who have already bought millions of tickets. If there are no fans, will there be refunds? Will there be lawsuits? Tickets provide at least $800 million income for local organizers with the added cost of postponement estimated in Japan at $2 billion to $6 billion.

Eric Saintrond, the CEO of the FISU — the Switzerland-based governing body of the World University Games — said in an email to The Associated Press that decisions related to “security and health will be taken” by the Chinese government. He said final decisions in this area do “not in fact rest with FISU.” He said all preparations were “on track.”

University Games spokesman Wang Guangliang was asked about housing for athletes, fans, and so forth, but offered little clarity, deflecting back to the FISU.

“The impact of the pandemic is still unforeseeable and we are still studying the situation and need to discuss with FISU about what to do to reduce the impact and ensure the safety of all participants,” Wang wrote in a email to the AP.

Postponing the Summer Olympics by a year has raised questions about marketing the Winter Olympics, which open six months after Tokyo closes. Construction is on schedule, but sponsors may face challenges.

“Sponsors and business partners of the games will have to keep investing extra money in their marketing programs for Tokyo if the games are postponed, potentially forcing them to reduce their budgets for the next Olympics,” Wei Jizhong, a former secretary general of the Chinese Olympic Committee, told the China Daily.

The Associated Press emailed questions about Beijing 2022 preparations to Juan Antonio Samaranch, the IOC vice president who oversees Beijing preparations. He did not immediately reply to the request, nor to a follow-up. Beijing could also face the issues of athlete quarantines, fewer fans, and the fear of spreading the virus even more.

In an interview in February with China’s official Xinhua News Agency, Samaranch was laudatory about preparations. He praised Beijing organizers, President Xi Jinping, who heads of the Chinese Communist Party, and China’s handling of the virus.

Sheena Greitens, who studies Asian politics at the University of Texas at Austin, said large sports events give China high visibility and “can keep reporters focused on the sporting events rather than having them use their time in-country to dig around on other topics that might reflect poorly on the CCP (Chinese Communist Party).”

“They provide a way for China to boost its cultural and ‘discourse power’ globally,” Greitens wrote in an email. “And they do so in a forum that generally emphasizes international cooperation and is weighted away from the serious disagreements that many countries have with China over territorial conflict, human rights, and trade, among other topics.”