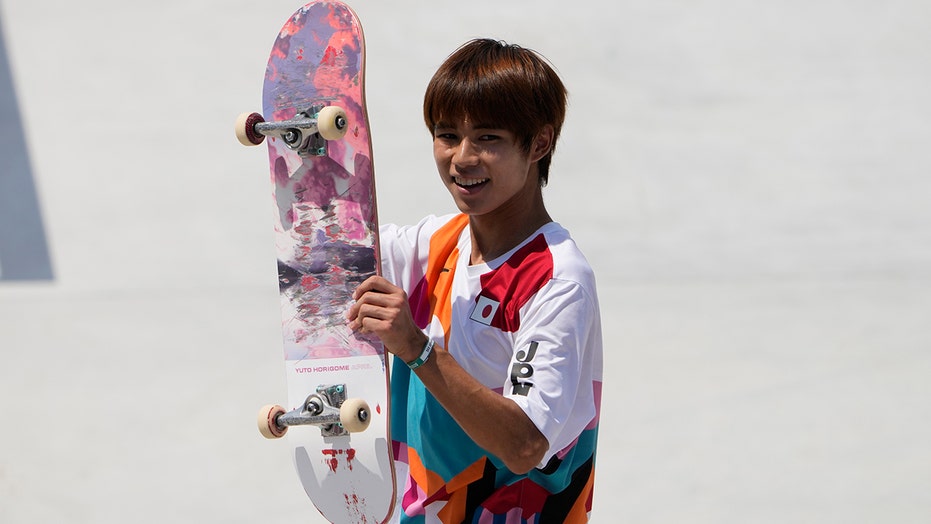 Skateboarding was one of six Olympic sports to debut in Tokyo this year, and on Sunday the first medal was awarded in the competition.

Japan’s Yuto Horigome picked up the medal in men’s street. He had initially faltered in his first two runs on the course at Ariake Urban Sports Park but was able to pull off high-scoring tricks in his third attempt and held off Kelvin Hoefler and the U.S.’ Jagger Eaton.

Horigome, 22, learned to skate in the city when he was younger, making the gold medal in Tokyo all that more important.

"It felt significant to return to Koto ward, it meant so much more for me," he said, via Reuters.

While the first medals were handed out on Sunday, the skateboarders’ real focus was a broader acceptance of the sport making its first appearance in the Games.

Hoefler hoped that his silver medal could inspire some change in Brazil, where soccer is the dominant sport in the country, saying "It's going to be mind-changing for them."

Manny Santiago, of Puerto Rico, pointed to the comradery among skateboarders.

"The goal is to progress each sport to the maximum and we can do that without having to bash or cheat," Santiago said. "The other sports do need that. (At) the cafeteria last night, the majority of the countries, the skate guys, we all sat down for dinner as like, ’Let’s all sit down before the event starts.' You don’t see that in swimming."