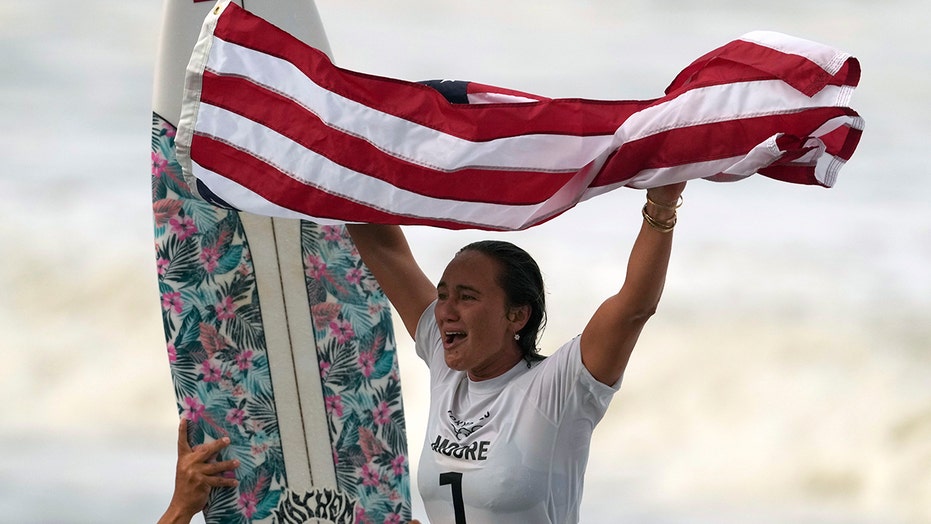 American Carissa Moore made history Tuesday when she won a gold medal in Olympic surfing.

Moore was in tears holding the American flag as she celebrated the gold medal victory. The 28-year-old Honolulu native came into the Olympics as one of the favorites to win gold.

NAOMI OSAKA: HIGH PRESSURE OF OLYMPICS 'A BIT MUCH'

The competitors were scored on "key elements of commitment and degree of difficulty, innovative and progressive maneuvers, combinations of major maneuvers, variety of maneuvers, and speed, power and flow," according to the Olympics website.

The child surfing prodigy was the youngest world champion surfer at 18. She began surfing when she was just 5 years old and started to compete at the NSSA junior surf competitions at age 11. She won the Triple Crown of Surfing at age 16. She was the youngest surfer to win a surfing world title at 18.