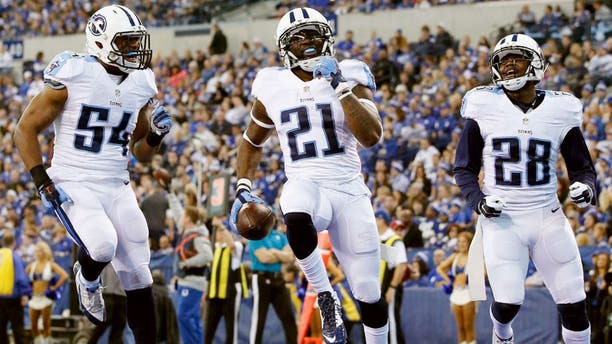 INDIANAPOLIS, IN - JANUARY 03: Da'Norris Searcy #21 of the Tennessee Titans celebrates after making an interception against the Indianapolis Colts at Lucas Oil Stadium on January 3, 2016 in Indianapolis, Indiana. (Photo by Joe Robbins/Getty Images)

After signing with the Titans as a free agent in March, Searcy played in 15 games, including 13 starts. The five-year-veteran, who spent the first four seasons of his career with the Buffalo Bills, finished with 55 tackles, a half-sack and one interception.

While his numbers weren't gaudy, Searcy said he sacrificed for the good of the team.

With his adjustment period over, the 27-year-old said he hopes to be more a difference-maker in 2016 and has two large goals in mind.

A return to his 2014 form would be a good start. Searcy made a series of impact plays in his final season with the Bills, intercepting three passes and forcing a fumble. He also had five passes defensed.