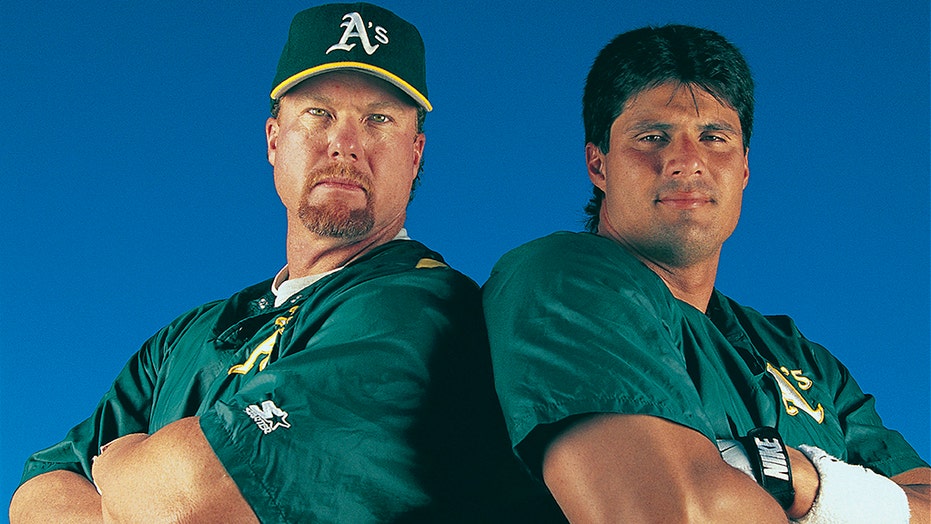 The Lonely Island on Thursday dropped a special movie, an album and two music videos honoring their apparent love for the Oakland Athletics and the Bash Brothers – Mark McGwire and Jose Canseco.

“The Lonely Island Presents: The Unauthorized Bash Brothers Experience” is a satirical take on McGwire and Canseco in the 1980s when both players were slugging home runs for the Athletics.

The Lonely Island calls the film a “visual rap album” and can be seen on Netflix.

The movie received praise from Canseco, who tweeted his approval.

The Lonely Island replied that Canseco’s tweet “made their year.”

The group, which features Andy Samberg, Akiva Schaffer and Jorma Taccone, also released two music videos to coincide with the Netflix release. The songs “Oakland Nights,” which features Sia, and “Uniform On” were released later Thursday.

Both tracks feature Samberg as Canseco and Schaffer as McGwire.

Their entire album was released on various music streaming services.