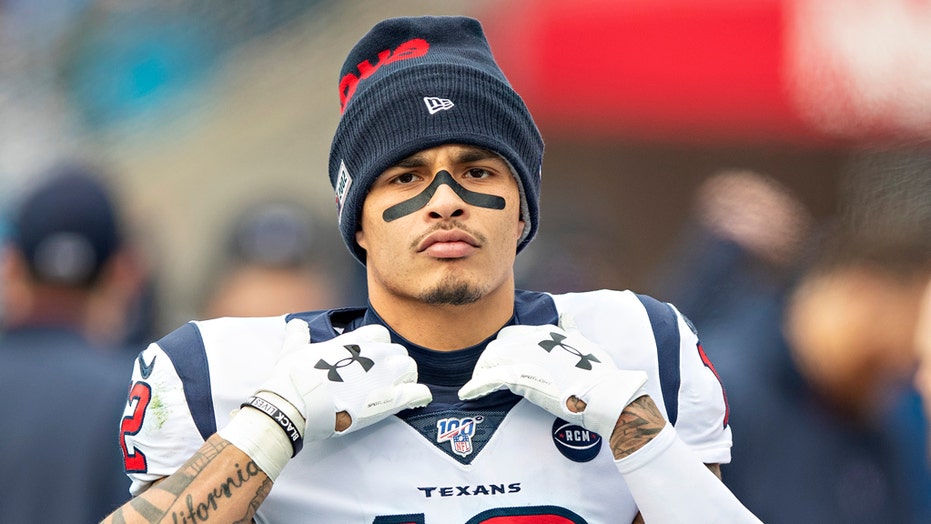 Houston Texans’ wide receiver Kenny Stills was arrested Tuesday after protesting at the home of Kentucky Attorney General Daniel Cameron to call for action in the death of Breonna Taylor, reports say.

Stills, 28, is facing a felony charge of intimidating a participant in the legal process and a misdemeanor charge of disorderly conduct and criminal trespass, Louisville Courier-Journal reported.

Over 100 demonstrators marched from a local high school in Louisville to the attorney general’s home to demand he file charges against the three officers involved in Taylor’s death.

Over 100 demonstrators marched from a local high school in Louisville to the attorney general’s home to demand he charge the three officers involved in Taylor’s death. (WDRB)

Taylor, a 26-year-old EMT, was shot eight times as officers burst into her home on Springfield Drive, firing off over 20 rounds, as they were conducting a narcotics investigation on March 13.

Stills and 86 other demonstrators were arrested Tuesday afternoon.

LMPD spokesman Lamont Washington told the Courier-Journal that they were arrested “due to their refusal to leave the property and their attempts to influence the decision of the Attorney General with their actions."

He added they were all given the opportunity to leave prior to being taken into custody.

Stills’ agency did not respond to the outlet’s request for comment but the wide receiver took to Twitter days earlier to share information about the protest.

“Time to escalate,” the tweet Stills shared, read. “It’s been 116+ days since #BreonnaTaylor was murdered by the Louisville Police. Not one single police officer has been held accountable. Time to put our bodies on the line. See you in Louisville next week.”

Going into his second season with the Texans, Stills has long been an outspoken critic on race relations and social injustices. During his time with the Miami Dolphins, Stills became one of the first NFL players to kneel during the national anthem.

He was due to appear in court Wednesday morning.