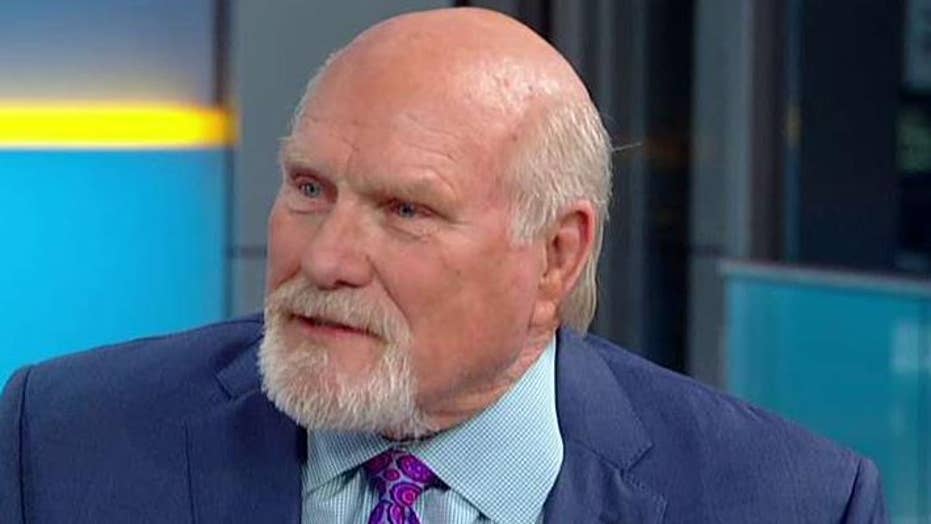 Terry Bradshaw on LSU-Alabama: I had a dream that this team wins the game

Trump is making preparations to attend the game between the two SEC rivals, Sports Illustrated reported Monday. It is one of the most anticipated matchups of the season and a game that will include the two top-ranked teams in the Associated Press top 25 poll.

Trump was on the field for the 2018 national championship game between the Crimson Tide and the Georgia Bulldogs. He stayed for the first half before leaving the game.

The president has been making the rounds at several sporting events over the last week or so. Trump was at Game 5 of the World Series in Washington D.C. and he was at UFC 244 in New York City. In both instances, Trump received a smattering of cheers and boos from the crowd.

Appearing on "Fox & Friends," the Hall of Fame NFL quarterback said he has his "[hat] off" to President Trump "having the guts to go in there," lamenting the fans who choose to boo the commander-in-chief.

"The only thing I've noticed in our political environment today and maybe it started a few years ago -- it's really right, it's really left, and it's really angry, and it's ugly, and it's hostile," he told the "Friends" hosts.

"I've never seen it like that in this country."

Alabama head coach Nick Saban said it was an "honor" that the president would be "interested enough to come to the game."

"I'm sure we'll do everything we can to welcome him," he told the Montgomery Adviser.

However, LSU coach Ed Orgeron told the same publication that he hopes that the president will "sit right there in the middle" and cheer for both sides.

Regardless, Bradshaw predicts victory for the Tigers.

The pivotal SEC game is set for a 3:30 p.m. ET start at Bryant-Denny Stadium.