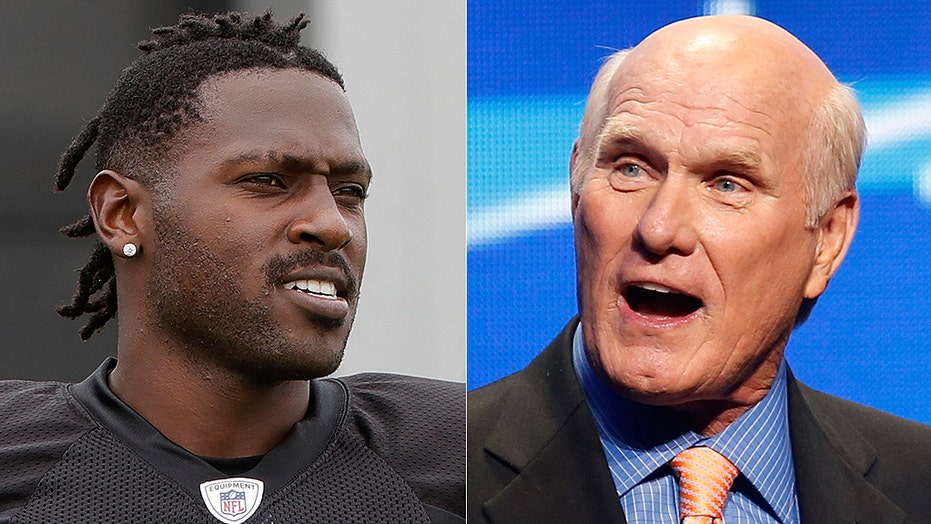 Fox sports analyst and former Pittsburgh Steelers quarterback Terry Bradshaw announced his disdain for players like Antonio Brown during an interview with the Pittsburgh Tribune-Review following the wide receiver's tumultuous offseason. Brown may have broken most of the Steelers' wide-receiver records during his nearly decade-long run with the team, but Bradshaw says he would never have thrown to him.

"I will not put up with that kind of behavior. You don't win with it. Why haven't [the Steelers] won more Super Bowls? There is talent, [but] it's just guys like him. Let him go and his brand and whatever it is he's doing," he added.

Brown, 31, was traded from the Steelers to Raiders in the offseason before eventually being released by the team in a move he reportedly helped orchestrate. Brown was signed by the New England Patriots hours later and is now in the midst of sexual assault allegations, which contributed to a lost sponsorship deal with helmet manufacturer Xenith.

Despite the civil lawsuit against him, Brown hasn't been placed on the commissioner's exempt list, which means he's still eligible to play in the upcoming Patriots-Dolphins matchup. Patriots head coach Bill Belichick hasn't said whether the wide reciever will take to the field however, telling reporters in a press conference on Friday, “I’m not going to hand out a copy of the game plan here.”

Bradshaw, 71, won four Super Bowls for the Steelers during a six-year period in the '70s and was elected to the Pro Football Hall of Fame in 1989. He played alongside wide receivers Lynn Swann and John Stallworth, who were both inducted into the Canton, Ohio, hall of fame.

"Winning football games is all about the team and all about players caring about one another and everybody pulling together, not pulling apart," Bradshaw said. "You can't have Antonio Brown for all the greatness that they are, do you want the baggage that goes with that crap? I wouldn't."

"I wish the heck they would have gotten rid of him a long time ago," he added.