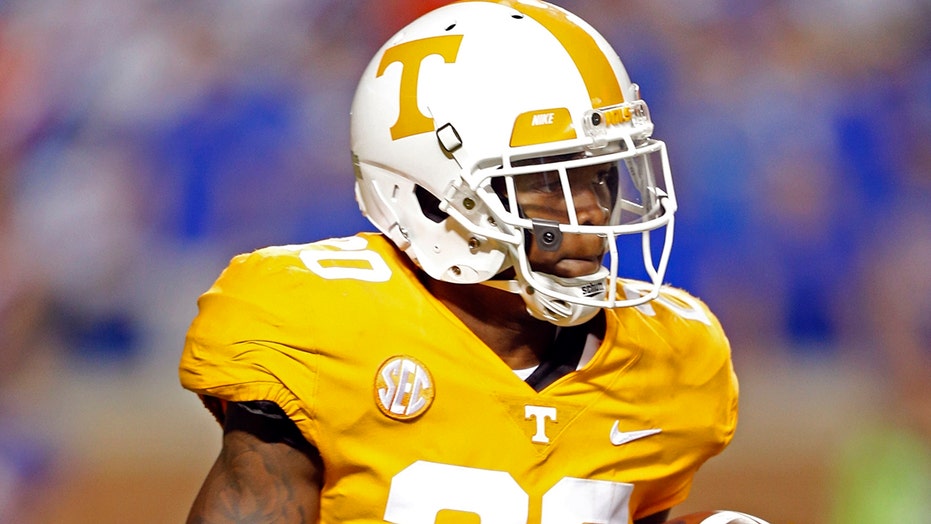 A Tennessee Volunteers defensive back was arrested Saturday after getting into an argument with a woman at a campus dorm, officials said.

Bryce Thompson, a sophomore, was charged with misdemeanor domestic assault and was jailed, according to the Knoxville News Sentinel. The incident occurred at Stokely Hall at the University of Tennessee-Knoxville, the newspaper reported, citing court documents.

NO. 8 FLORIDA ENDS UP RELYING ON DEFENSE AGAIN IN OPENER

Witnesses told police that Thompson told the woman he would “slap” her. Witnesses also told police they heard Thompson threaten to “shoot up the school,” the Knoxville News Sentinel reported, citing an arrest warrant.

The woman, who was not identified, told police that she and Thompson had been in a relationship for about four years and said the argument started after she found fake eyelashes belonging to someone else in Thompson’s room, according to the Knoxville News Sentinel. She reportedly added that Thompson has a “bad temper.”

“We are aware of the situation and are waiting for additional information while the appropriate processes take place,” the University of Tennessee said in a statement.

Thompson is entering his second season with the Volunteers. In his freshman season, he played in 11 games and recorded 32 total tackles and three interceptions.

Tennessee opens the season this coming Saturday against Georgia State.