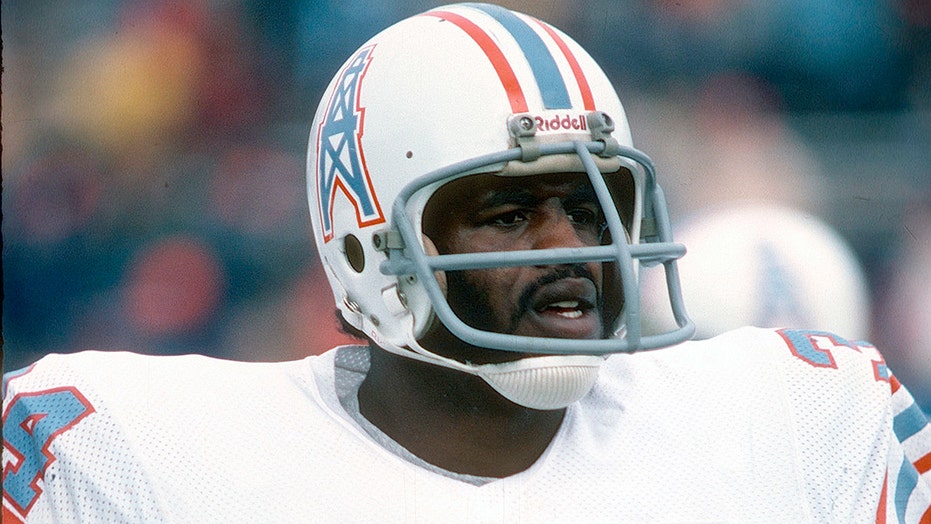 The Tennessee Titans franchise dates back to 1960. Then, the team was known as the Houston Oilers and they played in the American Football League before it merged with the NFL.

The Houston Oilers won two AFL championships right off the bat, but when they joined the NFL, winning didn’t come easy. The team made the playoffs several times under the likes of Bum Phillips, Jerry Glanville and Jack Pardee but it wasn’t until the team moved to Nashville that they made a Super Bowl.

In the 1999 season, the Titans made their only Super Bowl appearance against the St. Louis Rams. The team came a yard away from winning the game.

Since then, the Titans have had an up-and-down run. In between those times, the team has produced several legendary players.

Weeding out a Top 4 is quite a difficult task. But here’s who is on the franchise’s Mount Rushmore.

Steve McNair spent most of his career with the Titans. (Photo by Andy Lyons/Getty Images)

Steve McNair and Warren Moon are probably the two most recognizable players to play for the organization and both players have a spot on the Mount Rushmore.

The Oilers selected McNair in the first round of the 1995 draft out of Alcorn State. He played 11 seasons with the team before joining the Baltimore Ravens in 2006. With the Oilers/Titans, he recorded 27,141 passing yards and 156 touchdown passes.

He was a three-time Pro Bowler and was co-MVP in 2003 with Peyton Manning.

McNair died in 2009 in a murder-suicide perpetrated by his mistress.

Bruce Matthews dominated in the trenches. (Photo by Jay Laprete/Bloomberg via Getty Images)

Bruce Matthews spent his entire 19-year career with the Oilers/Titans organization. He was a first-round draft pick in 1983 and lived up to the hype.

Matthews was one of the few guys who could play every position on the line of scrimmage. He was mostly a guard during his career but also managed to play center and tackle.

He was a 14-time Pro Bowler and a seven-time First-Team All-Pro selection. He was inducted into the Hall of Fame in 2007.

Warren Moon was one of the best quarterbacks to play for the Oilers. (Getty Images)

Warren Moon played 10 years for the Oilers during his career. He was given the starting quarterback job right off the bat. Though the team was 3-13 in his first season, they didn’t give up on Moon.

He was a six-time Pro Bowler with the team and the 1990 Offensive Player of the Year.

Moon also played for the Minnesota Vikings, Seattle Seahawks and Kansas City Chiefs. He was inducted into the Hall of Fame in 2006.

Earl Campbell was an electric running back whose career was over too soon.

Campbell played about seven seasons for the Oilers before he was traded to the New Orleans Saints and then abruptly retired.

He led the league in rushing for three straight seasons – 1978 to 1980. He rushed for more than 1,000 yards five out of his first six seasons. He was also carrying the ball more than 300 times a season.

Campbell was a five-time Pro Bowler and three-time First-Team All-Pro. He was the Offensive Player of the Year three times and won the MVP award in 1979 – his second season in the league.