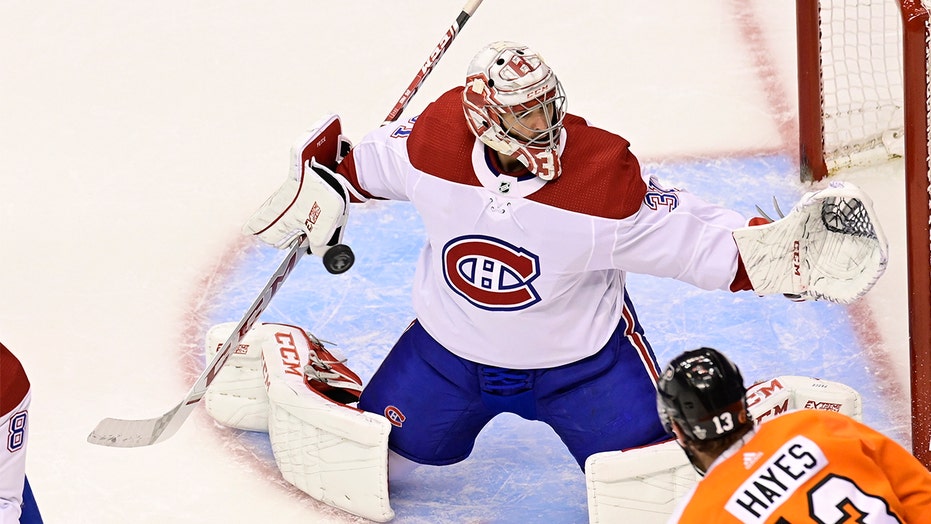 Montreal won this playoff game for its absent coach.

Kirk Muller and the rest of the Canadiens just had to dedicate the Game 2 victory to Claude Julien.

“To Claude, I’m sure you’re listening, this win’s for you,” Muller said.

Tomas Tatar and Jesperi Kotkaniemi each scored twice, Carey Price stopped 30 shots and the Canadiens rebounded without Julien to rout the Philadelphia Flyers 5-0 on Friday and tie the series at a game apiece.

“We have a job and he would expect that as well,” forward Max Domi said. "So we were just trying to stay focused here and get ready to go. And I think we did a great job of that.”

Julien was home in Montreal a day after a stent was placed in a coronary artery. The team said doctors expect a full recovery.

Julien was rushed to St. Michael’s Hospital in Toronto overnight Wednesday with chest pain. He had surgery Thursday. Because Julien left the NHL bubble in Toronto, he will have to follow quarantine protocol if he wishes to re-enter it. Muller will serve as interim head coach for the rest of the Eastern Conference quarterfinal series.

“Claude steers the ship for us and he guides what we do out there," defenseman Ben Chiarot said. "We’ll just play as hard as we can for him.”

The Canadiens roughed up Flyers goalie Carter Hart, who turned 22 on Thursday, and scored four goals through two periods to send him to the bench.

The Canadiens continued their sensational surge through Toronto hockey and bounced back fine after a 2-1 Game 1 loss. Montreal was the last team in the East to qualify for the expanded playoffs, and then needed four games to win its best-of-five series over Sidney Crosby and the Pittsburgh Penguins.

Hart grew up in Alberta and was a long-time fan of Price, who dazzled in the NHL restart. Price had a shutout against the Penguins and had an elite series that keyed the series win. Hart was just 6 years old when the Canadiens made Price a first-round pick in the 2005 draft. He was 22 for just a day when he got benched against idol.

“At this time of the year, with the importance of the game, we certainly don't expect that,” Flyers coach Alain Vigneault said.

Tatar needed only 1:02 into the game to score, and Kotkaniemi connected later in the period. Tatar again just 1:30 into the second period. Joel Armia knocked out Hart with his fourth goal.

"I think we really played the right way from the get-go. We jumped on them right out of the gate," Tatar said.

Hart allowed four goals on 26 shots. He allowed just two goals on 59 shots in the round-robin series that helped the Flyers go 3-0 and clinch the top seed in the East. His .914 save percentage was tied for eighth in the regular season.

The Flyers continue to get little production from their top stars. Travis Konency, Kevin Hayes, Sean Couturier, Claude Giroux and James van Riemsdyk -- their top-five goal scorers - have yet to score in the Toronto bubble.

Kotkaniemi beat backup Brian Elliott in the third for a 5-0 lead.

“You can’t win the series by winning one game,” Hayes said. “They handed it to us pretty badly tonight.”

Notes: Konency was helped off the ice with an unspecified injury in the third period. ... Tatar scored 22 goals and had a career-high 61 points in 68 games headed into the NHL break. He had yet to score in the playoffs. ... The Canadiens took the first 12 shots. ... Hart was pulled from a game for the first time since Jan. 4.